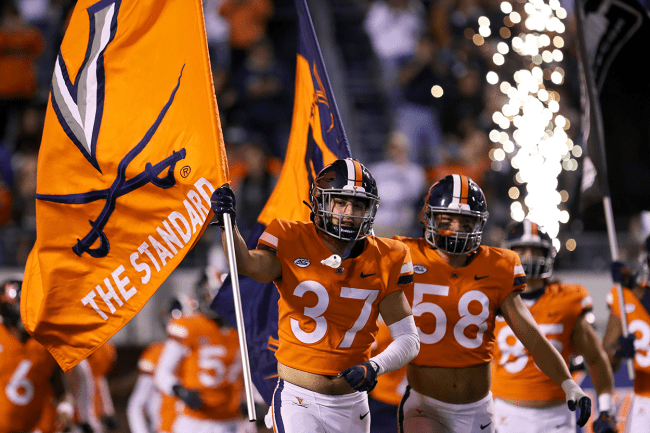 Arch Manning is the No. 1 recruit in the country. Not only that, but his recruitment might be the most highly-scrutinized and analyzed since, well, his uncles.

Manning’s name carries a lot of weight, obviously. Wherever he goes, the eyeballs are following.

That is also the case for other recruits making the same decision on the same timeline. His visits and interest are having a direct impact on the rest of the Class of 2023.

Earlier this year, toward the beginning of April, Manning made a visit to a school that was not considered to be in the mix for his commitment. In addition to his previous stops at Alabama, Texas, Georgia, Ole Miss and SMU, the 18-year-old stopped by the University of Virginia.

Arch’s sister, May, is currently enrolled at UVA so there was likely an element of visiting family, but he also took the time to check out the program. For Manning to do so had a ripple effect across the entire landscape of recruiting. People took notice.

Three-star wide receiver Robbie Mascheroni is from Moraga, California. He has offers from a few schools out West, some Ivy League programs, Purdue, and Virginia.

While the Cavaliers may not typically be atop the list for a Californian, Mascheroni took note of Manning’s interest. In a recent discussion about his recruitment with 247 Sports, the 6-foot-4 pass-catcher spoke about one of his suitors that stood out and why.

“I’d say the one standing out is definitely Virginia,” said Mascheroni. “Coach (Tony) Elliott is running a big program, Arch Manning was looking to go there, so I’m definitely going to head out there sometime this summer. I’ll probably go out for a camp just to get a feel for it.”

For a recruit to mention Manning’s visit while discussing the Cavaliers “standing out” is huge. For Virginia to just get the nation’s top recruit on campus mattered. It’s having a direct impact on the school’s recruiting, which is pretty crazy.