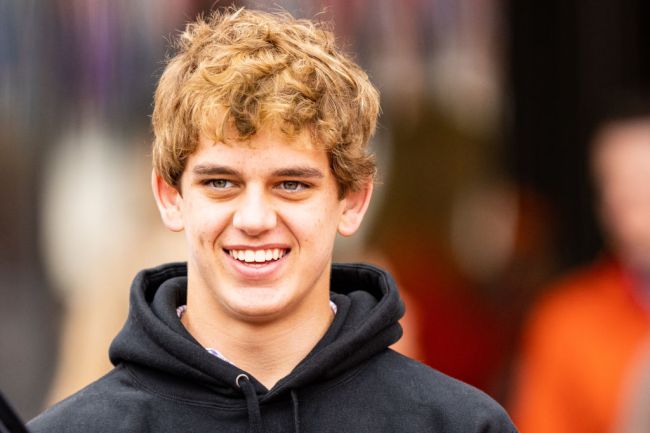 Arch Manning’s recruitment has been one of the biggest stories in college football recently. He is the number 1 recruit in the class of 2023 and has been linked to many of the nation’s biggest programs.

LSU, Notre Dame, Clemson, Oklahoma, and USC have all tried to recruit Manning, but seem to be out of the running. As of just a few days ago, his list had been narrowed to just Alabama, Georgia, Ole Miss, and Texas.

Now there is a new team trying to enter the Manning sweepstakes and it’s one that comes as a surprise. Today, Manning visited the University of Virginia.

Source: Five-star QB and the No. 1 overall player in 2023 Arch Manning is visiting #UVA on Friday. https://t.co/bvTCIuussQ pic.twitter.com/rqkHm5Ksor

UVA definitely doesn’t seem to fit with the rest of the teams currently competing for Manning Manning.

Bama and Georgia met in the National Championship this past season. Ole Miss went 10-3 season and finished the year ranked just outside the top 10. Texas had a disappointing season, finishing 5-7, but is still viewed as one of the bigger programs in college football.

Meanwhile, Virignia went 6-6 last season in a weak ACC and hasn’t won a conference title since the mid-90s. It’s a surprising school for him to visit on the surface, but it seems there is a very good reason for the visit. Manning’s mom and aunt went to UVA.

His mom and his aunt are both Hoos.

I know he's not actually going to come to UVa…but can you imagine the hot takes if he actually did? https://t.co/RmlGAX6W4o

That connection seems very unlikely to be enough to get a commitment from Manning, but it is interesting to see Virginia even be able to get him to come for a visit.