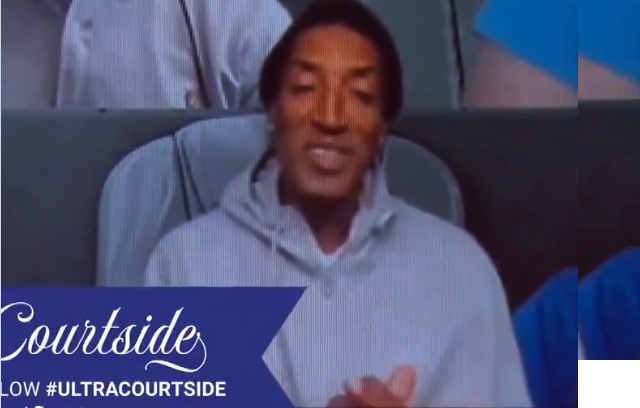 On Friday night during game 3 of the Sixers-Celtics playoff series, the Chicago Bulls legend served as a virtual fan in Michelob Ultra’s #UltraCourtside section.

"Why are these guys at a Philly-Boston game?"

Scottie Pippen and B.J. Armstrong pulled up in the same fan section 😂

We were able to sit with Pippen at Michelob Ultra’s virtual fan section where he talked about how he felt the Minnesota Timberwolves, who won the draft lottery earlier this week, should draft Ball #1 overall in the upcoming NBA draft.

I’m going to be honest, I think it’s going to be LaMelo Ball, I really do. I think just because his dad has stayed out of the way, he looks composed. We’ve watched this young man for the last couple of years. He’s a very handsome young man and solid on the basketball court. I think he’s going to be the player. I’ve interviewed with him on “The Jump”, he speaks very intelligently, I think he’s going to surprise people. I think he has the leadership qualities to into a team like Minnesota and help bring them to life. I think this young player will be a player that fans and young men and women can follow and love and adapt his style of play.

For fans who want the chance to virtually watch games with NBA legends like Scottie Pippen, they should follow Michelob Ultra on Twitter for more information on how to win a virtual ticket throughout the playoffs.

Michelob ULTRA is giving fans virtual tickets to @NBA games all season long – including courtside seats to the NBA Finals! Simply Tweet @MichelobULTRA with #ULTRACourtside and #Sweepstakes for a chance to win. pic.twitter.com/CDi5y18aAq

Ticket TUESDAY! Join @DWilkins21 #ULTRACourtside as a virtual fan for Milwaukee vs. Orlando this Saturday, 8/22, at 1pm. RT and reply with #ULTRACourtside and #Sweepstakes for a chance to win a seat! pic.twitter.com/P6gZBOwAAG