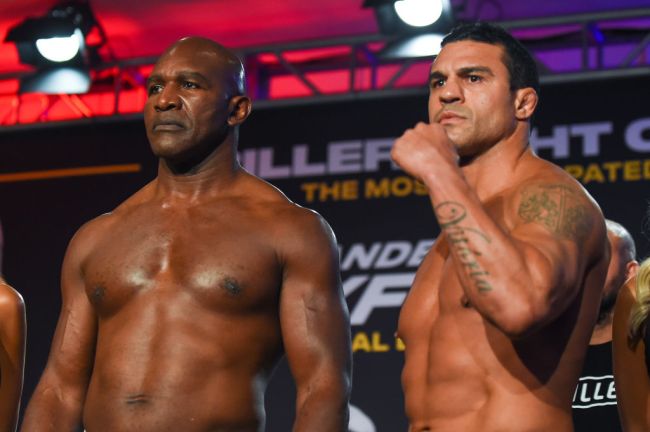 While speaking to the press, Belfort says that the 58-year-old Holyfield had “big balls” for stepping up to fight him with only a week to prepare. The MMA fighter turned boxer also scoffed at critics who feel Holyfield is too old to fight.

“He wants to show the people that you’re not defined by your age, that’s why I admire Holyfield, stop defining people by how old they are.”

Belfort takes on the older Holyfield on Saturday live on Fite TV/Triller PPV and is giving up 20 pounds against the former heavyweight champion.