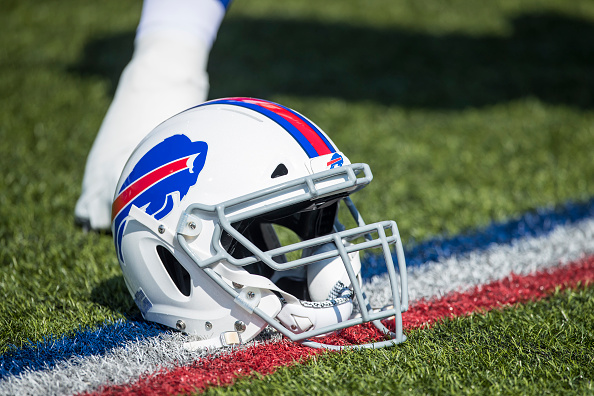 ​30-year-old Bills DB Vontae Davis couldn’t stomach making it through the second game of the season in Buffalo before deciding to completely retire from football.

According to several reports, Davis pulled himself out of the game in the second quarter and told Bills head coach Sean McDermott that he was “done”.

Bills cornerback Vontae Davis was in the lineup at the start of today’s game. By the second half, he was no longer on the team.

veteran defender Lorenzo Alexander said he was told at the start of the second half that Vontae Davis had quit on the team, right then and there, and decided to retire.

Bills coach Sean McDermott declined to go into details about what happened with Davis but confirmed that he chose to stop playing.

“He pulled himself out of the game. He told us he was done,” McDermott said.

Davis wasn’t spotted anywhere on the field or on the sideline after halftime, but the team said there was no injury issue. It appears that Davis just decided he’d had enough and no longer wanted to play. Davis signed a one-year, $5 million contract with the Bills this offseason, but it sounds like he has no intention of honoring that contract.

Lorenzo Alexander said he was told Vontae Davis pulled himself out and retired at halftime. Said he hasn't seen anything like it going back to Pop Warner. "Completely disrespectful."

Word is Vontae Davis put on his street clothes at half, said he was quitting and left the stadium, per another source https://t.co/spdxMWrNSd

Multiple reports say he retired on the spot.

Davis’ now former teammates apparently aren’t happy with how he left the team.

Rafael Bush on Vontae Davis pulling himself out of the game: "To quit on your teammates when things aren't going so well in the middle of a game where we need you and we're down a man, that's definitely disrespectful."@WGRZ pic.twitter.com/Cswm344rgS

Lorenzo Alexander said he was told Vontae Davis pulled himself out and retired at halftime. Said he hasn't seen anything like it going back to Pop Warner. "Completely disrespectful."