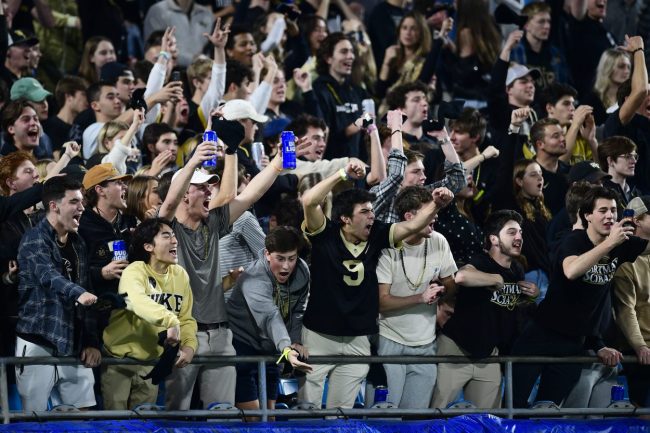 The Omicron variant wave of COVID-19 has caused its first bowl game withdrawal within the college football world. As bowl season begins to pick up toward some of the bigger matchups, Texas A&M has withdrawn from the Gator Bowl.

The Aggies were set to play Wake Forest on New Year’s Eve but are unable to field enough healthy players for the game.

Because of a COVID outbreak, Texas A&M is unable to play in the Gator Bowl, sources tell @SINow. Aggies don’t have enough available players.

Gator is searching for a replacement bowl team, sources say, but the only way that's possible is if another bowl is impacted.

According to A&M athletic director Ross Bjork, the team is down to just 38 scholarship position players. Of that number, only 13 are available on defense.

The lack of players includes those who suffered season-ending injuries, those who opted out of the game or transferred, and those who were ruled out due to COVID-19 protocols. He also said that most of the players who are in isolation for testing positive for the virus are experiencing symptoms.

As a result, Texas A&M will not compete in the postseason.

The Aggies went 8-4 in 2021 with an upset win over No. 1 Alabama. However, outside of that win and a win over Auburn, they did not look particularly impressive and finished fifth in the West division of the Southeastern Conference.

Meanwhile, Wake Forest had its best season since 2006 and has a chance to win 11 games for only the second time in school history. The Demon Deacons’ only losses came by three points to UNC, to Clemson and to Pittsburgh in the ACC Championship.

Head coach Dave Clawson built something special in Winston-Salem this year and had a real chance to close out the year with a profound statement win over an SEC program. In turn, the Demon Deacons could have been the national champions by transitive property if Alabama went on to win it all.

Instead, if the game is played at all, Wake Forest will face Rutgers. As one might expect, the Demon Deacon faithful did not take the news well.

They proceeded to hit the message boards and made their feelings about Texas A&M and head coach Jimbo Fisher very clear.

Who knew that Wake Forest had such a ferocious fanbase?