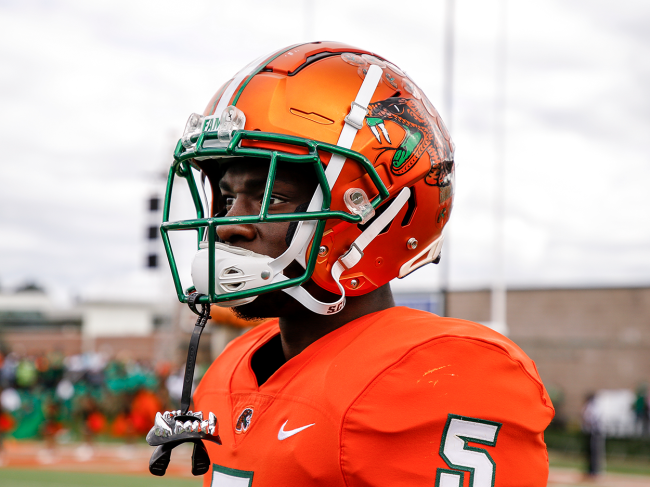 Waltclaire Flynn Jr. is one of the nation’s top interior offensive linemen in the Class of 2024. He is a big, physical recruit with a lot of upside and has already garnered a lot of interest.

At 6-foot-1, 290 pounds, Flynn is a mauler. He started on varsity as a freshman and really turned things up during his sophomore season and put defenders six feet under.

Out of Grayson High School in Loganville, Georgia, Flynn already has offers from the likes of Arkansas, Florida State, Georgia, Kentucky, Ole Miss, Miami and Tennessee, among others. Wherever he ends up — and there are two years left for him to come to a decision — the program he chooses will be getting a good one.

Among those “others,” Florida A&M has extended Flynn the chance to play in Tallahassee. The Rattlers are coming off of a 9-3 season in the SWAC and finished ranked in the Top 25 of the FCS coaches poll.

They are on a significant rise under head coach Willie Simmons, who took over in 2018, and hope to keep that momentum rolling. Landing someone like Flynn would be massive.

Although FAMU is unlikely to get a commitment from the big lineman, he did stop by campus on Tuesday. Flynn was in Tallahassee and took a visit to both the HBCU and Florida State while in town.

During his visit to Florida A&M, Flynn took some truly all-time campus visit photos with a fake rattlesnake.

In today’s era of recruiting, content is everything and every school tries to stand out over their competition with new, captivating visuals.

The fake snake is no exception. In Waltclair Flynn Jr.’s photos at Florida A&M, he held the snake while straight cheesing in the team uniform and even put it atop his head.

HAD A GREAT TIME IN TALLAHASSEE TODAY 😎 pic.twitter.com/T1XhS9y0YL

There have been some pretty extensive, glamorous recruiting shoots over the past few months. However, the simplicity and uniqueness of the rattler is amongst the greats.