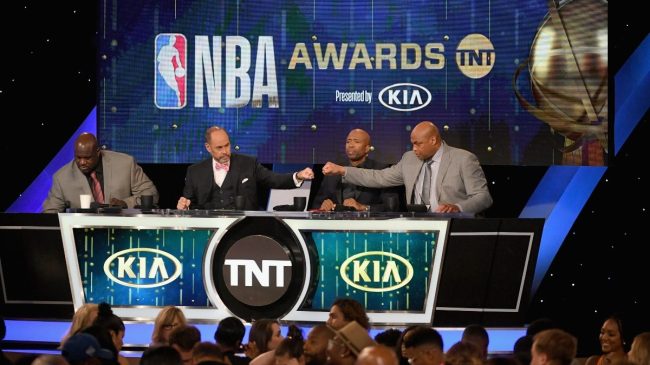 The NBA is currently seeking a new media rights deal, as the current one ends in 2023. Warner Bros has the right to broadcast games on its own networks. However, CEO David Zaslav made a bold comment and it has basketball fans concerned they’ll lose the TNT Halftime crew with Shaquille O’Neal, Charles Barkley, Kenny Smith, and Ernie Johnson.

According to The Athletic, Zaslave claims, “We don’t have to have the NBA.” It’s an incredibly bold claim, as Amazon and Disney seem to be largely interested in obtaining the media rights to the league. Perhaps he’s bluffing, but regardless, fans are worried the TNT Halftime Show could disappear.

Is that so? Is Warner Bros. Discovery cost-cutting CEO David Zaslav playing chicken with the @NBA ?

Or trying to lower prices before the league’s $50B media rights negotiation tip off next year?https://t.co/c1YQ10BF7n

Many fans tune into games broadcasting on TNT just to catch a glimpse of Shaquille O’Neal, Charles Barkley, and everyone else. Taking the TNT Halftime Show away could actually be detrimental to the NBA, as the crew brings nothing but pure entertainment to live television. Here’s what the fans are saying.

NBA on TNT is the NBA.

Warner Bros has to be bluffing, right? Right!?

We’ll see how it plays out though. After all, this could just be a giant bluff from Warner Bros as they aim to drop the price tag on the media rights. Regardless, they’ll be in the middle of a bidding war with Amazon and Disney. So, NBA basketball will survive, but the TNT Halftime Show is up in the air.