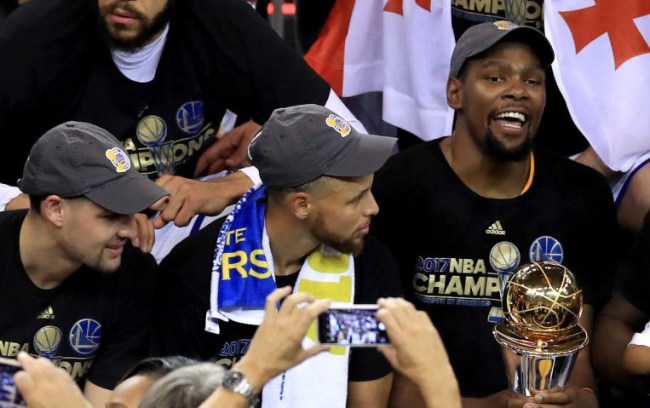 Presidents have been inviting athletes to the White House since Andrew Jackson decided to take a break from attempting to eradicate Native Americans in order to meet with members of a couple of amateur baseball teams, and over time, it’s become a tradition to invite championship teams from around the country to Washington to commemorate their achievement.

While it’s certainly an honor, plenty of players have decided to skip out on making the trek to DC for a variety of reasons. This includes Michael Jordan— who decided playing golf would be a better use of his time—as well as Larry Bird, who told Ronald Reagan the president could make the trip to visit him if he cared that much. However, as you may or may not know, politics have become a slightly divisive topic of discussion in America in recent years, and this discontent has leaked into the world of sports.

Tim Thomas helped kick off the party when he decided to skip a visit with Barack Obama based on their philosophical differences after the Bruins won the Stanley Cup, and a number of people speculated some NBA players might follow in his footsteps after the election of Donald Trump.

The Golden State Warriors proved those people right after they decided they wouldn’t be visiting the White House after winning the championship before Trump announced he was rescinding an invitation that never existed and was subsequently put on blast by LeBron James. The team received the criticism you’d expect after the initial announcement, but it turns out they’ve discovered another way to spend their time while visiting Washington to play the Wizards at the end of the month.

According to ESPN, the players and coaches are setting aside time to take a tour of an undisclosed location in the city with a group of kids from DC. Steve Kerr explained the decision, saying:

“It’s their championship. They got disinvited to the White House, so it’s up to them what they wanted to do. So they made their plans. I want the players to have a good day and to do something positive and to enjoy what they’re doing.”

I can’t wait to read the takes about why this is actually a Bad Thing.