Video Shows Capitals’ Evgeny Kuznetsov Sitting Next To What Appears To Be Lines Of Cocaine In Hotel Room, Team Releases Statement 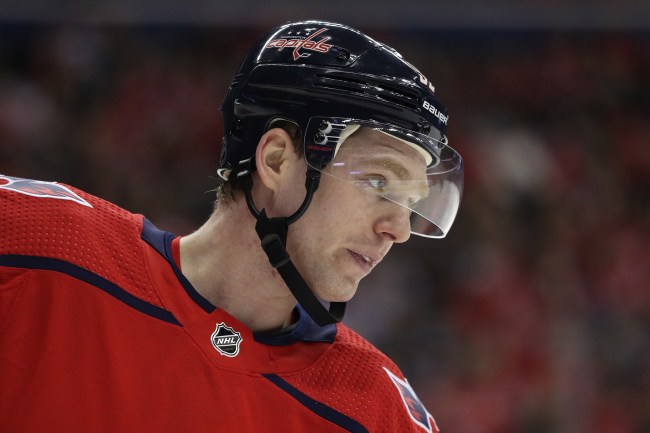 Washington Capitals forward Evgeny Kuznetsov has some explaining to do.

This afternoon a video of Kuznetsov in a hotel room sitting next to a white powdery substance that appears to be cocaine made the rounds on the Internet.

Everyone is thinking about the Stanley Cup Final and then suddenly you see Evgeni Kuznetsov about to do a line of cocaine… pic.twitter.com/os5nkgLB0c

The Washington Capitals immediately released a statement saying that they are aware of the video and are launching an investigation.

Caps spokesman: "We are aware of the video that surfaced on social media of Evgeny Kuznetsov. We are currently in the process of gathering facts and will have no further comment at this time."

Kuznetsov was shown sitting next to two lines of white powder.

Kuznetsov has spoken to Russian sports site Sportsexpress and claims the video is from last year after the Caps won the Stanley Cup Finals in Vegas.

Kuznetsov gave a statement to @sportexpress, in which he said the video was from Vegas, when the Caps won the 2018 Stanley Cup. He says he visited a friend's room, and after seeing the substances and women he didn't know, he left. https://t.co/PjGZ81mhBm

Kuznetsov’s leaked online hours before the start of game 1 of the Stanley Cup Finals between the St Louis Blues and the Boston Bruins.