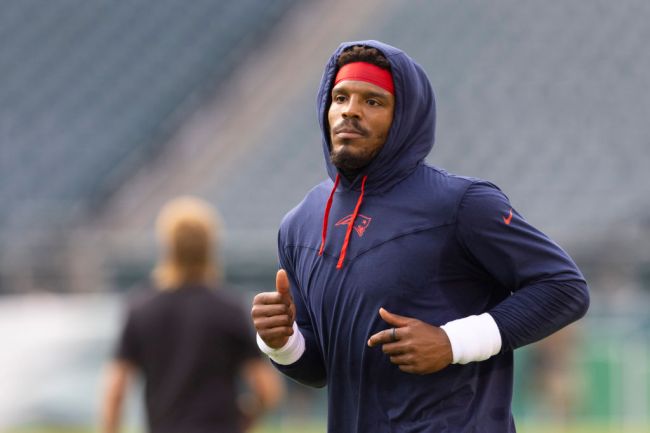 Cam Newton, during his latest ‘Funky Friday’ YouTube video, made it clear that he still very much wants to continue playing football. He also shared that he has received the COVID-19 vaccine, which many believe his unwillingness to get the jab earlier this year is why the Patriots decided to cut him.

Now that he is vaccinated, Newton will be subject to fewer restrictions and can immediately join a team if a franchise does decide to give him another shot (no pun intended).

Many believe that the Washington Football Team would be a good fit for Newton. Not only is the team shorthanded at quarterback with Ryan Fitzpatrick still dealing with a hip injury, but Newton played under head coach Ron Rivera while with the Panthers.

According to Josina Anderson, however, the WFT isn’t interested in bringing Newton in.

My understanding is that the Washington Football Team will continue to work with the quarterbacks on its roster (Heinicke, Allen, Fitzpatrick [hip]) with respect to Cam Newton's availability & new vaccination status, at this time, per league source.

There are plenty of fans out there that still believe Newton is good enough to be on an NFL roster, whether it be as a starter or a backup. Those fans weren’t too happy with Anderson’s latest report on Twitter.

Well they will continue to lose than lol

AND THEY WILL LOSE FOR SURE!!!!

SMH at this point I think Rivera don’t like Cam or something.

Newton threw eight touchdowns and rushed for 12 more in 15 games with the Patriots a season ago.