Kansas State Vs. Oklahoma Live Stream: How to Watch The Game Online Without Cable 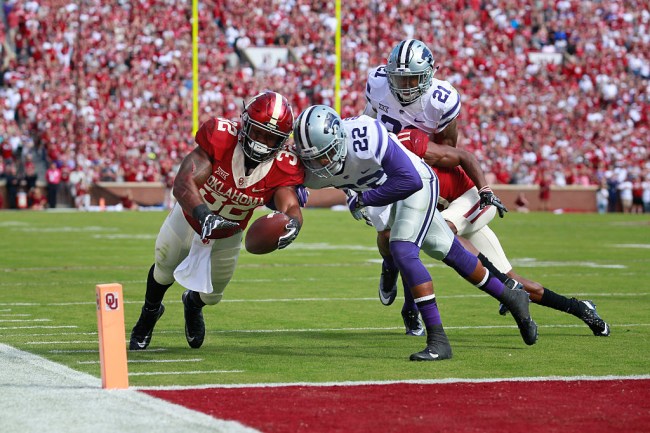 This morning, countless people across the country will crack a beer or five earlier than is normally socially acceptable because it’s COLLEGE FOOTBALL SATURDAY, BABY!

Today is filled with a full slate of games, including the matchup between Kansas State and eighth-ranked Oklahoma, who will be throwing down in Norman this afternoon.

On paper, the game is set to be a bit of a blowout. The Sooners are 21-point favorites and, welp, history isn’t exactly on the Wildcat’s side here.

1970 is the last year an unranked KSU beat Oklahoma.

Since the AP poll has existed, Oklahoma is 63-1-1 against unranked KSU teams.

When a ranked Oklahoma plays an unranked KSU, Oklahoma is 41-0-0 all time. https://t.co/qglcmk8LKK

With that said, the season has already been filled with some crazy upsets (looking at you, Ohio State) and you never know what’s going to happen once things kick off.

In recent years, countless people have made the decision to cut the cord, and if you’re like me, that means you’ve spent far too much time visiting sketchy websites in search of a stream that basically looks like Madden did back when Bo Jackson was still playing.

Thankfully, Fubo.TV is here to save the day.

If you’re looking to watch KSU vs. Oklahoma without some dude in Lithuania hijacking your computer then you don’t need to do anything else but hit this fancy button and sign up for free.