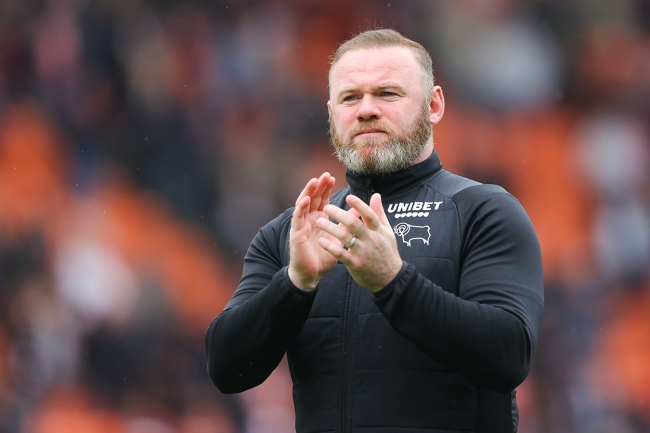 Wayne Rooney is one of the most famous footballers to ever play the sport. The former English forward is the record goalscorer for both the England national team and Manchester United and spent time with Everton, D.C. United and Derby County.

And now he might be returning to the United States as a manager.

According to multiple sources, Rooney has spoke with D.C. United about becoming the Black-and-Red’d next head coach. There is reportedly mutual interest and the most recent development may indicate that things are moving more quickly than even expected.

A facebook user posted that Rooney was on a flight to Washington D.C. on Sunday afternoon. It is unclear as to who posted the photo, where the flight was headed and whether it was actually the English superstar.

However, it appeared to be him.

A friend of ours is on her way back to the states from Europe, and guess who’s on a plane to DC? #dcu pic.twitter.com/u95tDnKVEo

Rooney, who played for D.C. United during the tail-end of his career, most recently coached Derby County. However, after the club was relegated from the Championship to League One amid a points deduction and financial woes, he resigned in late June.

Rooney is now available for hire and is on the open market. D.C. is searching for its next full-time head coach after parting ways with Hernan Losada in April. As things currently stand, longtime D.C. United assistant Chad Ashton is serving as interim manager.

When Ashton took over, the understanding was that he would be in charge through the entire 2022 campaign. The club will make a decision on the future down the road.

Rooney would make a lot of sense. However, he reportedly would prefer life in the United Kingdom.

From ESPN colleague @MarkOgden_ (& a minor assist from me)… Wayne Rooney 'open' to possibility of #DCU manager role. I'm told there have been some preliminary discussions, though I would think that the fact his family prefers life in the UK is a factor: https://t.co/QZzCqm11ot

That could certainly cause problems. However, if it was him getting on a flight to D.C. on Sunday, the interest must be significant enough to fly across the pond.