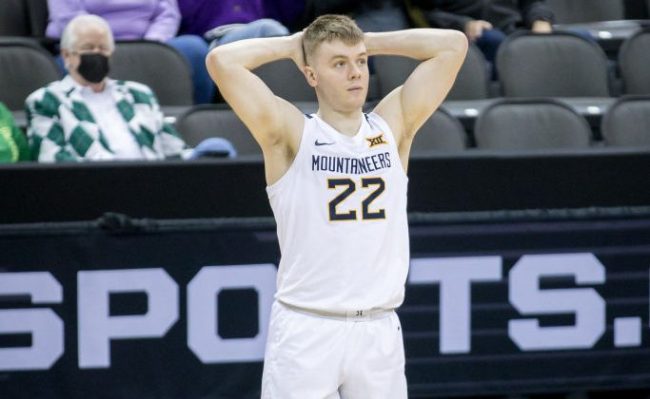 What is the opposite of a buzzer beater? Well, West Virginia found out this afternoon. The Mountaineers had a chance to send its Big 12 Conference Tournament quarterfinal matchup to overtime but blew it in the final second with one of the worst possessions of all-time.

After jumping out to a six-point lead at halftime, Bob Huggins’ team let Oklahoma State back in the game with a poor defensive performance in the second half. Despite the inability to stop the Cowboys’ offense and potential No. 1 overall NBA Draft pick Cade Cunningham, the nation’s 10th-ranked team was down three with less than 10 seconds left and the ball. What happened next was terrible.

West Virginia’s Taz Sherman had a look with five seconds left and missed, but his teammate Derek Culver secured the rebound under the hoop and threw it out to a wide-open Sean McNeil. As the defense crashed in on the shooter and the clock ticked down below a second, McNeil PUMP-FAKED UNDER A SECOND. He had just enough time to get off the final shot, but HE PUMP-FAKED AGAIN before throwing up a triple after the buzzer. The shot would not have counted either way, but to add salt to the wound, it went in.

McNeil took so long to get the shot off that you can hear his teammate yell at him “SHOOT IT!!” with a second remaining. He did not adhere to his advice and hesitated long enough to lose the game and end West Virginia’s Big 12 Conference Tournament Championship hopes. Seven of 12 teams in the conference are ranked and the Mountaineers are in the field for March Madness, so McNeil shouldn’t dwell on it too long.