When Will The Tom Brady Slander End? 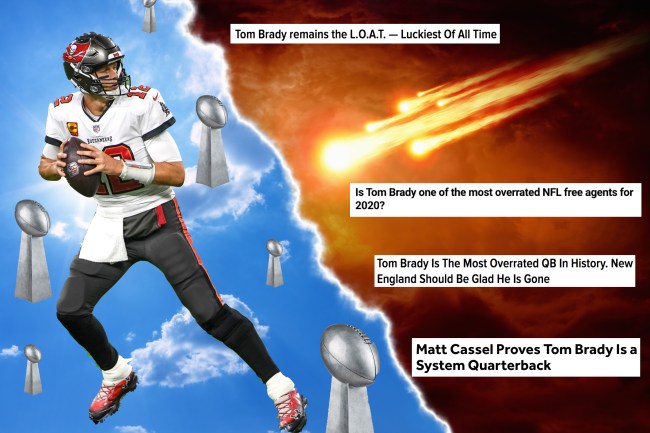 The vaccine is in Phase 2 of rollout. The L.A. Chargers have re-branded to the L.A. Rivers because two-thirds of its roster consists of Philip’s offspring. The Washington Football Team is still deciding on a name. A 67-year-old Brady has shepherded his Cincinnati Bengals to their third straight Super Bowl despite contracting pneumonia in both lungs, beating his son Jack in the AFC Championship.

Armed with a re-ignited hatred brought on by Brady accepting the Medal of Freedom from President Jake Paul, sports media publications—now operating with Sharpies and cardboard signs on the medians of densely populated intersections—scramble to dust off their Brady Is Washed editorial that originally went live nearly five decades prior and has been re-distributed every year since.

“Brady is a System QB!” the sports media zombies shout to no one in particular, stumbling from car-to-car aimlessly begging for eyeballs while passengers roll up their floating cars and turn up the music in their neural implants.

“TUCK RULE!” slurs another one, who appears to have shit herself.

“Decline Is Imminent!” reads a barely legible sign held by a man wearing one shoe in January. 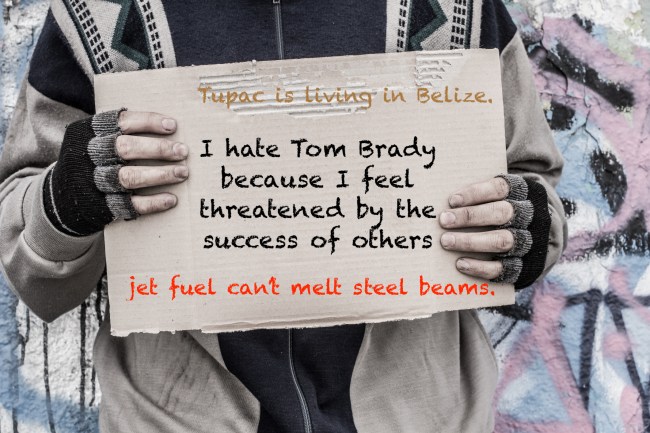 Your wife urges you to pay no mind to the madness circulating the vehicle, as anyone still attributing Brady’s unparalleled success to some mystifying universal force obviously belongs in a padded room.

Do you see me calling him that? No, I call him what he is, the luckiest QB in NFL history, which makes him the most overrated player in NFL history since people can't seem to differentiate his teamst success from his individual performance. https://t.co/HMQBlXufhX

But you, in your eternal empathy, remember that hurt people hurt people, and these sports media zombies don’t hate Tom Brady any more than they hate themselves.

So you paint on a smile, roll down the window, and fixate your attention on the messages written over stains on the inside of pizza boxes, giving the zombies the attention they desperately crave.

The light turns green and you speed away before the smell of bullshit permeates the car.