With Tim Anderson’s Recent Setback, The 2022 White Sox Have Now Injured Every Possible Anatomical Region Of The Body 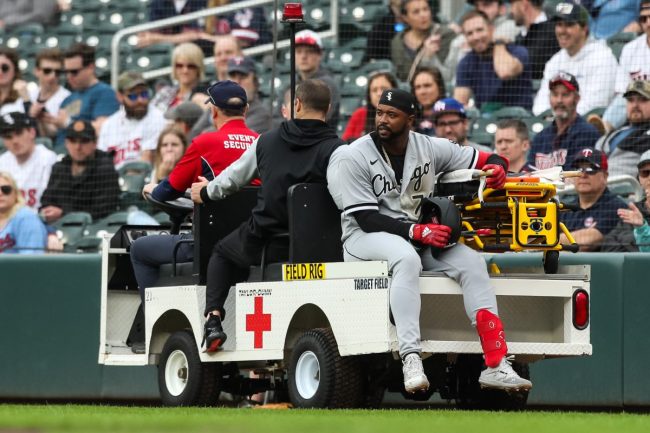 It’s been quite a year for the Chicago White Sox. The team has faced maybe more adversity than any other club in Major League Baseball.

The Sox have seen an unfathomable number of injuries over the last 365 days, sending more than 30 players to the Injured Reserve. Tim Anderson is the latest in a long line of setbacks as he suffered a torn ligament in his left hand earlier this week. He is expected to miss the next 4-6 weeks of action.

One Chicago fan has taken the responsibility of breaking these injuries down by region of the body, which shows that the team has successfully completed the anatomical cycle.

A Reddit user by the name TheRealPeteWheeler had illustrated the absurd number of injuries recorded by the team with a detailed post prior to Anderson’s setback.

TL;DR: This team has accumulated a total of 53 injuries and 31 IR placements over the past fiscal year, averaging one injury every three games and one move to IR about every five games. We’ve injured four right hands, three upper arms, two shoulders, and an index finger. We’ve strained four right hamstrings, three left hamstrings, three groins, two abdominal muscles, and a latissimus dorsi. We’ve torn an ACL, a UCL, and two knee tendons.

In total, the 2022 White Sox have had injuries in every single region of the human body over the past 365 days, with the sole exception of a left hand/wrist.

He broke the regions of the body up into 16 anatomical areas.

The human body is made up of two major portions: The first is the axial body, which refers to the center of the body (essentially, everything except the limbs) and can be divided into four main regions: The head/neck, the thorax, the abdomen/pelvis, and the back.

The second major portion of the human body is the appendicular body, a term which encompasses the two upper limbs and two lower limbs. Both respective upper limbs can be further divided into three main regions each: the shoulder/upper arm, the elbow/forearm, and the wrist/hand. Both lower limbs can also be divided into three main regions each: the hip/thigh, the knee/lower leg, and the foot/ankle).

He then listed the injuries suffered to each region by naming the player that’s been affected. The only spot untouched was the left hand/wrist.

Yermín Mercedes was placed on the 10-day IL with a left hamate fracture on April 4th while a member of the Chicago White Sox, but as he is no longer on the roster, I am choosing not to count it.

With Tim Anderson now having torn a ligament in his left hand, they have now injured every possible anatomical region of the human body over the last calendar year.

Somehow, the White Sox remain firmly in the playoff hunt at 55-53 on the season. They currently find themselves just two games back in the AL Central race. Hopefully they’ll be able to overcome the setback to Anderson, who’s hitting .301 on the year.

If not, they’ll look back at this unfortunate string of injuries and wonder, ‘What if?’