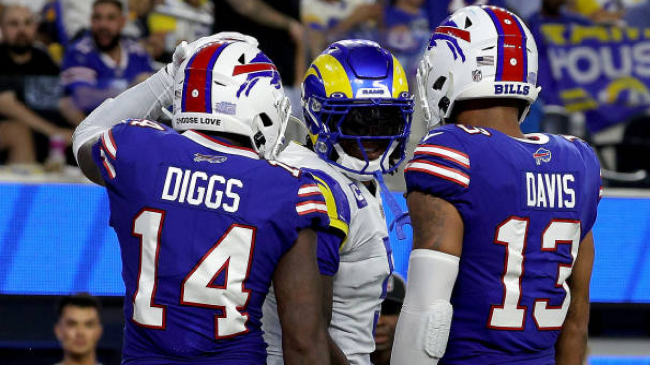 The Buffalo Bills sent a message to the rest of the NFL last night.

After a disappointing ending to last season, the Buffalo Bills went into LA and destroyed the Rams last night. The defense looked strong despite missing star corner Tre’Davious White, but it was the offense that truly looked like a force to be reckoned with against the Rams.

The Rams seemingly had no answer for the Bills offense throughout the game and were kept in the game early on by an interception that bounced off of a receiver’s hands and a fumble on a rookie’s first carry.

Those two drives, and one other drive that ended in a fumble late in the 4th quarter, were the only ones that didn’t end in points for the Bills. That meant that their punter never had to see the field.

As impressive as that was to do against a highly-touted Rams defense, it has become a pretty regular occurrence for the Bills to not need their punter in games. Last night was the 4th time in 6 games that they have gone an entire game without a punt.

*only team having four games with 0 punts since start of last season pic.twitter.com/VF0poPVXxH

That’s a pretty impressive run, especially considering they’ve faced a couple of strong defenses during that run. The Bills’ point totals in those pointless games have been 33, 29, 47, and 31.

The Bills were expected to have a high-powered offense this season and after Week 1, they already look like they might have the best offense in the league.