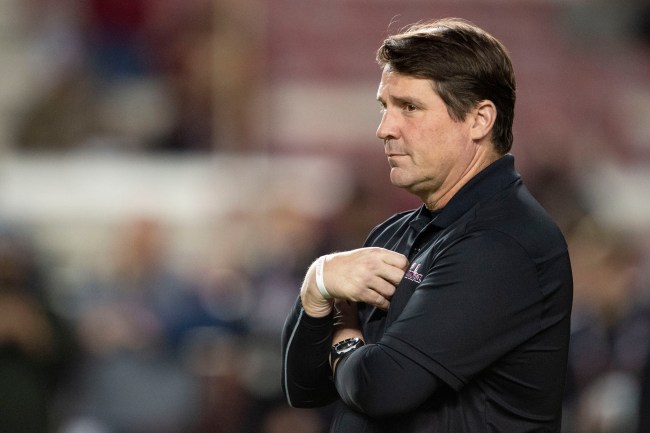 Life is pretty good right now if you’re Will Muschamp. Sure, the dude just lost his job after being fired by the University of South Carolina over the weekend, but I’d be damned if coaching a pathetic SEC team that currently has a 2-5 record is any better than sitting around just waiting for another coaching opportunity — all while collecting millions from the Gamecocks as part of a buyout.

According to Outkick, Will Muschamp doesn’t really need to rush back into the coaching ranks anytime soon. That’s because his now former employer, the University of South Carolina, will be sending him $15 million for the 49-year-old not to coach their football team. What a life, right?

“South Carolina has fired Will Muschamp. Here are a couple of stats for you here on Will Muschamp. He’s 28-30 at South Carolina in year five there. He was 56-51 as a head coach. He’s going to get paid around $15 million to not coach any longer at South Carolina. That is a big buyout that is going to be headed in the direction of Will Muschamp. And look, I don’t know if I’ll ever be fortunate enough to get fired and get paid a ton of money not to work. But if it happens, I want everybody out there to know you don’t need to feel sorry for me. All right, your life is going pretty well, I think, if you get fired, and you get paid $15 million dollars not to work anymore.”

“Now, we don’t know exactly how that $15 million is going to be paid. Maybe there’s a huge donor who has agreed to stroke that check that is worth a billion dollars at South Carolina. Who knows, maybe they’ve raised the money behind the scenes. But it’s not just that you’re gonna have to pay $15 million to somebody not to coach. It’s that you’re gonna have to pay millions of dollars more to somebody to become the new head coach.”

Muschamp, who, in addition to serving as head coach of South Carolina, also led the Florida Gators, is one of those college football coaches that seems to get the benefit of the doubt from universities. Like, instead of seeing this guy for what he is — an average head coach — schools see him as something better. It’s why another high-level program will probably come calling in the next 12 months, giving Will Muschamp another opportunity to prove he can lead a program to national prominence. Does that happen? Based off the facts at present, probably not.

Still, given his age and the programs he’s previously been a head coach at, Muschamp’s going to get calls. That seems pretty unfair given the fact that he hasn’t really accomplished anything — other than a Sugar Bowl appearance with Florida all the way back in 2012 — and, you know, because he’s getting $15 million from South Carolina after recently being let go. But, hey, that’s sports for you.

While a lot of people around the country hope for more stimulus packages and government money to help them pay rent, bills and put food on the table, Will Muschamp’s sitting back and collecting millions for literally doing whatever he wants to — all because he failed at his job. Like I said earlier, life’s pretty damn good right now if you’re him.