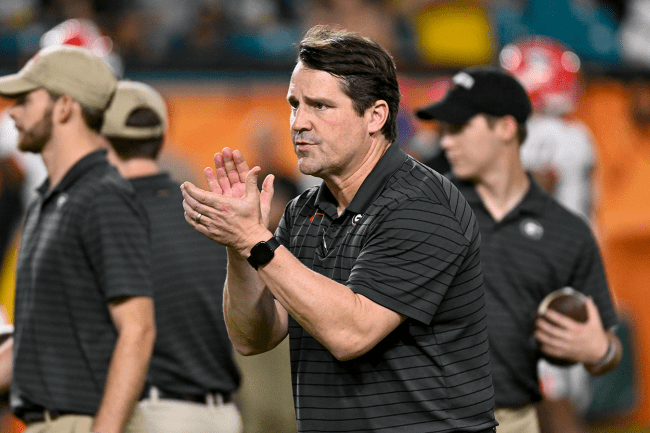 Will Muschamp spent four years as the head coach at South Carolina and made a lot of money while doing so, despite his losing record while there. As a result, he lives extremely well.

After getting fired by the Gamecocks, Muschamp took over as the special teams coordinator at Georgia during its national championship run last year. It was a pretty successful venture, all things considered.

While special teams coordinators don’t usually get paid more than a million dollars per year, Muschamp doesn’t mind. He agreed to a settlement with South Carolina that paid him $12.9 million of his $15.3 million buyout in a lump sum.

His bank account is doing just fine. Especially considering that he also got a $6.3 million buyout from Florida in 2014 and is coming off of his national championship bonus.

All of this goes to say that even though Muschamp is not a head coach, he is living like a head coach. His house in Athens is sweet— especially his backyard.

Muschamp, who was promoted to co-defensive coordinator and safeties coach in 2022, had his defensive backs over to his house on Tuesday night. He posted a picture of his guys in his backyard and it’s a dream setup.

Settled within a clearing of trees, Muschamp has a fire pit area, a half-court basketball court, a beautiful pool and a putting green. The entire space is tricked out with high-end furniture, plenty of hanging lights, and lots of landscaping.

Will Muschamp’s backyard is epic and it caused football fans to freak out.

Damn coach you got a crib!!

Say what you will about CWM, but the man always has a stellar outdoor set up at the house https://t.co/PSpzN7Es3A

Will muschamp has a million dollar backyard and a table cloth from party city https://t.co/9cuV0sSin6

What a damn setup omg… https://t.co/lZqMabJpnb