The Winner Of The Packers vs. 49ers Game On Sunday Will Win The Super Bowl If One NFL Trend Continues 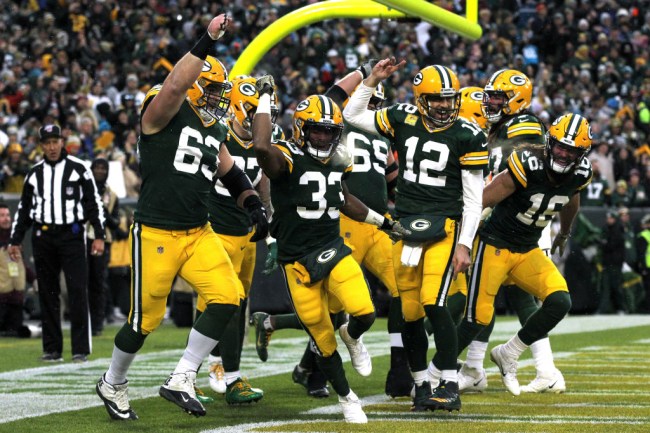 The 49ers host the Packers on Sunday Night Football with the possibility of home-field advantage at stake. Then there’s the fact that whoever wins on Sunday night will win the Super Bowl this year.

Well, only if one recent, unique trend continues.

The 49ers hold the best record in the NFC at 9-1 while the Packers sit at 8-2 meaning that this marks the fifth time since 2007 that teams with two or fewer losses have met this late in the season, according to the NFL.

The last two times this scenario presented itself was in 2015 when the Broncos beat the Patriots on Nov. 29 before going on to win the Super Bowl. It also happened in 2013 when the Seahawks beat a 9-2 Saints team on Dec. 2 before making their Super Bowl run.

While it may just be two examples of this happening, it points out just how rare these sort of matchups are this late into the season. Trends are broken all of the time, but that doesn’t mean anyone should overlook the facts surrounding these types of big-time contests between two good teams.

Now, of course, we’re just in Week 12 of the NFL season and plenty of things can and will happen around the league until the final regular-season whistle is blown on the night of Dec. 29. With that being said, it wouldn’t be surprising at all to see one of these teams playing for, and possibly winning, a Super Bowl in Miami on Feb. 2.

At this moment, the Patriots hold the best odds of winning Super Bowl LIV at +275. You can find Super Bowl odds for San Francisco at +750 at the moment and as high as +1200 for Green Bay.