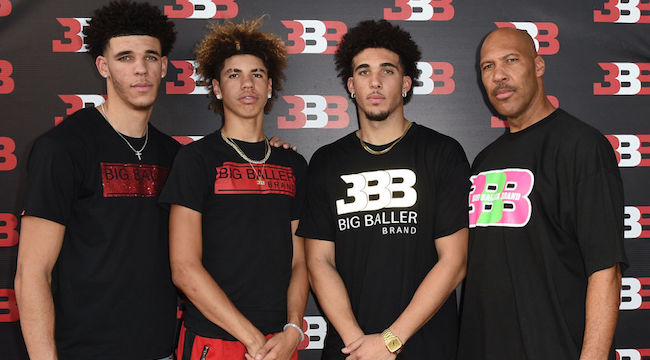 Lithuanian basketball club Vytautas Prienai doesn’t want LiAngelo and LaMelo Ball, it needs them. ESPN reported that the team, currently tied for last place in the 10-team Lithuanian (LKL) league, is doing so bad financially that they barely even practice anymore.

The Ball brothers are already helping lighten the burden. LiAngelo and LaMelo are reportedly going to make their overseas debut for Prienai on January  9 during a game against BC Tsmoki-Minsk in the Baltic Basketball League and tickets are already three times higher than normal. You can get tickets for BBL games for €8 per person, up 167% from the current price of €3 a ticket, claims Lithuanian basketball reporter Simonas Baranauskas. Tickets to a Prienai game are still cheaper than a stadium beer in an NBA arena.

ESPN points out that ticket sales are just the tip of the iceberg. Vytautas is searching for a jersey sponsorship, putting forth an early figure of €50,000 (roughly $60,000).

As for the brothers’ accommodations, they  are expected to live at the lavish Vytautas Mineral Spa in Birstonas, located just outside of town.

The question remains: how long will the Balls play in a foreign country in a league that has about as much glitz and glam as a Division III college here in the States? Ben Brust, a former Wisconsin guard who played in the Eastern European country predicts “a month, maximum.”

Brust, who played for BC Pieno Zvaigždės of the Lithuanian League, said he “would literally count down the days until we got back to America.”

Hardly anyone in the 7,500-person village of Pasvalys spoke English. Restaurants typically only served traditional Lithuanian dishes unrecognizable to Brust. He and American teammates Michael Dixon Jr. and Alex Oriakhi had to drive 30 to 40 minutes to the nearest big city to find a mall, a grocery store or restaurants that offered American fare.

“It seems like the worst possible place they could have picked.”