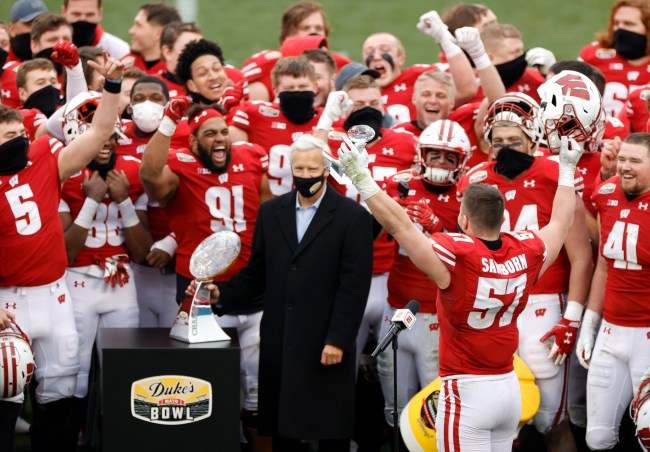 The Wisconsin Badgers beat Wake Forest handily in the Duke’s Mayo Bowl on Wednesday but the team won’t have a trophy to take back home to show for it.

After the game, multiple pics and videos from inside the locker room show the glass trophy shattered on the floor.

Update: Here’s the video of the trophy shattering.

The @DukesMayoBowl trophy did not last long in the #Badgers locker room. pic.twitter.com/MQpIp3vAFw

Wisconsin players eventually found a way to replace the glass portion of the trophy.