Wizards’ Kelly Oubre Jr. Immediately Deletes Tweet From 2011 Referencing Drake After The Rapper Called Him A Bum During Playoff Game 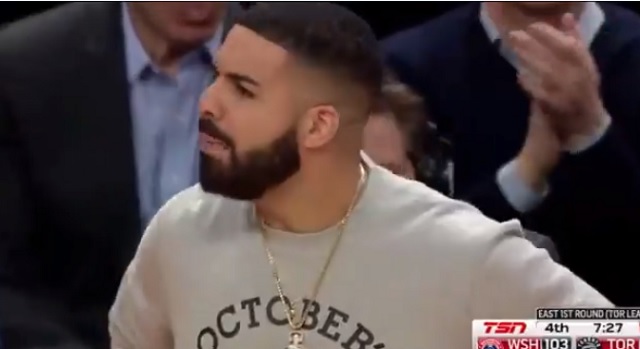 The Washington Wizards are going through a rough time in the playoffs against the Toronto Raptors. Tonight the Wizards seemed to implode as they got blown out by the Raps in game 2 of the opening round.

2018 Wizards in one photo… pic.twitter.com/D7Uu8AluUD

T
To make matters worse, the Wizards had to deal with the trash talking from Raptors super fan, Drake, who was sitting courtside and chirping all night long.

.@Drake talking that talk to John Wall from the sidelines 😂 pic.twitter.com/MFoaqwvWcD

In the fourth quarter of the game, Drake even went as far to call Kelly Oubre Jr. a bum to his face when CJ Miles hit a deep three-pointer.

After the Drake taunt several people on the Internet pointed out that Oubre had made a disparaging remark about the rapper on Twitter back in 2011.

omg he went straight to the locker room and deleted the tweethttps://t.co/YtqrtrSuzo pic.twitter.com/WipefPzUAX

Oubre went straight to the locker room and opened up twitter then saw all the “Bum” comments and deleted the tweet quick. Lmaooo

fam has kelly oubre even showered yet? he already deleted his drake tweet from 2011. lmao