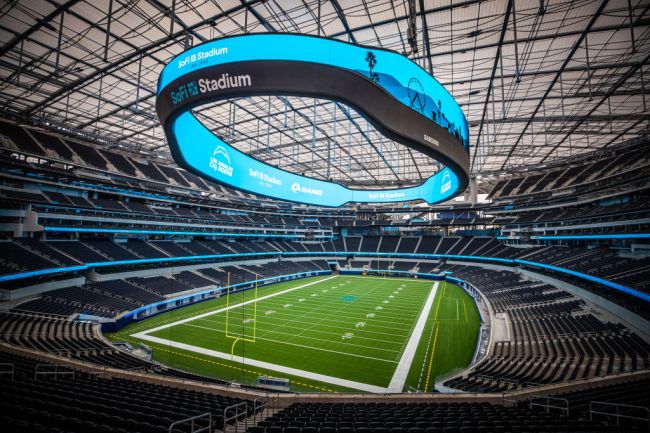 SoFi stadium welcomed NFL fans for the first time on Saturday night but unfortunately, a massive brawl broke out in the stands.

Multiple videos show a man in an Aaron Donald jersey attempting to fight several other people in the stands after a heated verbal altercation.

Apparently, the man in the Donald jersey was set off when a woman threw a drink at him while he had his back turned away from the other men.

The woman could be later seen yelling for help when the brawl started moving towards her.

Fans are calling for the woman to get banned from attending games due to her involvement in the brawl.

Yeah she needs to get banned smh https://t.co/IOKeZCI9UM

…. Retweet and make this Woman famous. Then let’s make sure she gets banned from any future Rams games. #LowClass https://t.co/Og9FiYkIjw