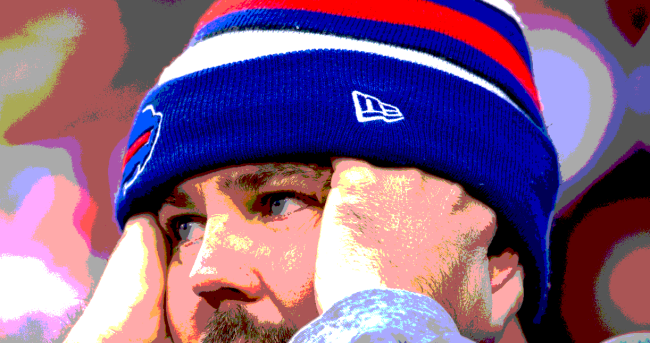 Here’s a tip for everyone who is dating and also loves sports: if you break up with someone make sure that you don’t allow your ex to get access to your video games and websites.

Earlier this week, a woman on TikTok shared her story of petty revenge on an ex-boyfriend by hacking his FIFA account and relegating his team to the lowest division.

Then, just a day later, another example of petty revenge by an ex-girlfriend hit the web. This time is was centered on the fantasy football account of her ex-boyfriend.

“My best friend just got treated poorly and broke up w her bf and he forgot she’s logged into his ESPN and now she’s dropping every player on his fantasy teams and picking up free agents,” she explained on Twitter.

Take a look at the damage.

A day later, Fields was back on Twitter with an update.

“Update: he discovered this morning. Still didn’t change the password. So the teams will have Case Keenum as their starting QB before 7:20 pm,” she tweeted.

So, what could possibly cause a woman do ruin a man’s sacrosanct fantasy football lineup like that?

While many people were impressed with the woman’s act of petty revenge, many others (all men) just shrugged their shoulders.

“Real commish makes this a quick fix takes like 5 min,” one person replied.

“Yeah no league let’s this stick. Cool story though. So impressive,” another wrote.

“The problem with that is it doesn’t only hurt him. It hurts the entire league,” another person commented. “Someone could be busy at work and not notice the waiver wire while others are stocking up with the ex boyfriends players.”

Even so… there is always the possibility of something like the following happening, which isn’t the worst result in the world for the woman.

Or the whole league makes fun of him which is what would happen in our league. 😂