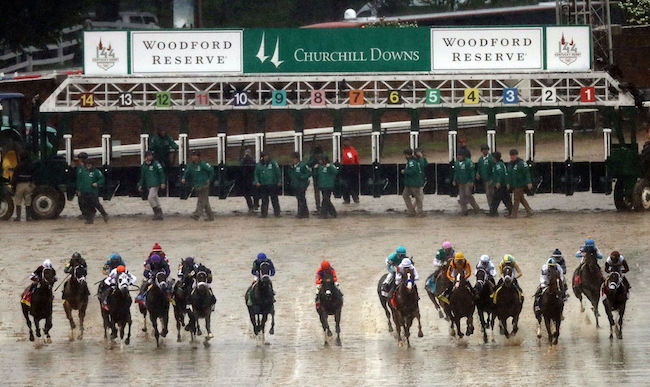 On the first Saturday of every year, horse racing bursts out of the shadows of off-track betting parlors and into the national spotlight with the running of the Kentucky Derby, an event that involves putting on large hats and purposely gaudy blazers and drinking minty whiskey while developing a deep yet fleeting emotional attachment to a horse you’ve never met.

People around the country spent Cinco de Mayo double-fisting margaritas and mint juleps while throwing a few bucks on races because if the Super Bowl has taught us anything, it’s that there aren’t many better ways to spend your weekend than getting drunk enough to convince yourself you’re good at gambling.

If you picked the favorite to win the Kentucky Derby, then you had a solid return on your investment when Justify was the first horse to cross the finish line in the final race of the day at Churchill Downs. However, even if you got in on the action well before the colt became the front-runner, I doubt you came close to taking home what one lucky bettor did when she managed to turn an $18 bet into a slightly more notable $1.2 million.

According to ABC News, the unidentified woman placed a Pick 5 bet on races over the course of the day while watching the events unfold at a racetrack in Austin, Texas. Her most improbable bet came through after 39-1 darkhorse Funny Duck won the Pat Day Mile, and the deal was sealed after Justify came away with a two-and-a-half-length win.

I can only assume she left the track with a sports almanac tucked firmly under her arm before hopping into a DeLorean and speeding away at 88 MPH.