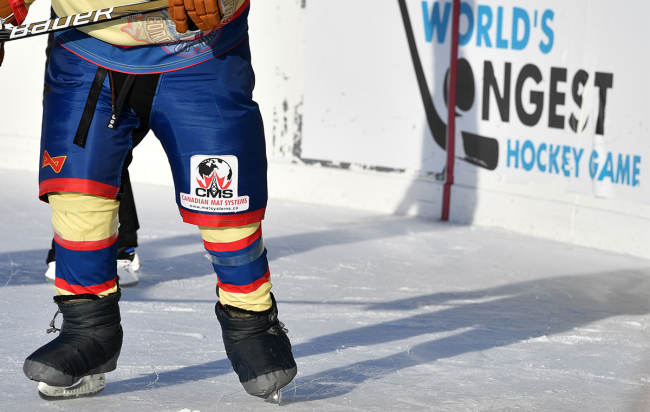 Last year, the Tampa Bay Lightning and the Columbus Blue Jackets treated NHL fans to more free hockey than anyone could’ve bargained for when the first game of their first-round playoff matchup ended with the score knotted at two at the end of regulation. It remained tied until Brayden Point netted the game-winning goal around the halfway point of the fifth overtime period, bringing a clash that began at 3 P.M to a merciful end almost six-and-a-half hours after the puck dropped.

That showdown in the Toronto bubble was the fourth-longest game in the history of the NHL and around 26 minutes shorter than the 1936 contest between the Detroit Red Wings and the Montreal Maroons, where those two teams went up and down the ice for over 176 minutes before the former scored the first and only goal.

However, that’s an incredibly paltry number compared to what unfolded over the course of 11 days outside of Edmonton this month at “The World’s Longest Hockey Game,” an annual gathering where two teams face off for a hockey marathon and raise some money for charity in the process.

The World’s Longest Hockey Game can trace its origins back to 2003, which is when a total of 40 players traded shifts over the course of 80 hours and generated $150,000 in donations by the time things wrapped up. It’s safe to say it’s come a long way since then, as Global News reports this year’s event saw participants engage in 252 hours of nonstop action in a game that ended with Team Hope topping Team Cure by a score of 2,649-2,528 (they also had to deal with frigid conditions that resulted in pucks constantly shattering and some participants succumbing to frostbite because the gas inside the propane tanks they were relying on to stay warm managed to freeze.)

However, the real winner was the University of Alberta’s Cross Cancer Institute, which will receive a check for over $1.8 million thanks to the funds the World’s Longest Hockey Game was able to help drum up during a year where organizers went to great lengths to figure out how to safely pull off such an ambitious event in the middle of a pandemic.

While spectators weren’t allowed to attend the game in person, people were allowed to drive by the rink in their cars to get a peek at the action, and there was a good chance they got to see at least one puck make its way into the net when you consider the game averaged one goal around every three minutes.