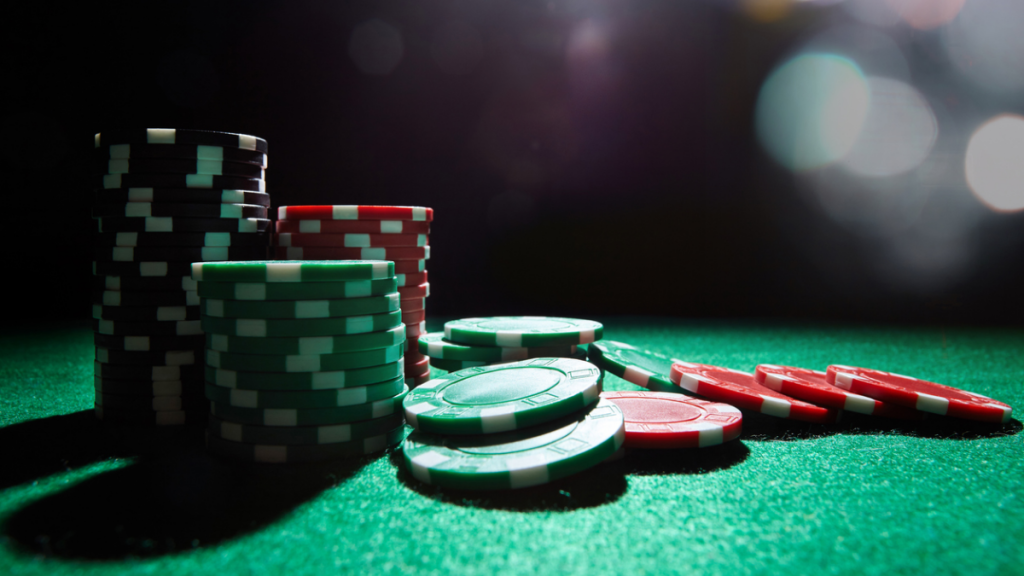 Here we see what might be the worst poker fold in history. We’ll get to why he did it down below but first, let’s just run through some quick poker terminology.

‘The nuts’ is the absolute best possible hand given a player’s pocket cards and the cards on the board. ‘Mucking’ is just another way of saying folding but without showing your cards to your opponent.

A ‘misclick’ can happen often in online poker when a player presses the wrong button and makes a technical mistake but this is live poker and this is the worst poker fold you’re ever going to see. Jay “JWin” Nguyen loses this nearly $20,000 cash pot with the nuts in his hand, meaning he had the absolute best possible hand and nothing else could beat him.

The worst outcome for him here would be to split the pot if he called and found out his opponent had the same hole cards Qx10x. But he defies all logic and folds. We’ll find out why down below but you simply have to see this hand. And the fact that this was on a live stream really puts it in the running for the worst poker fold ever recorded.

The worst poker fold you might ever see in your lifetime: mucking the nuts

Let’s break down this hand a little bit…

How on earth did he fold the nuts?!

There were four players in the hand when the flop came out. Jay “JWin” Nguyen didn’t catch a single piece of the flop with his Qx10x and one player hit an Ace but has the 2nd lowest kicker possible. Jake first off a $500 bet with 7-5, playing towards an inside straight draw.

At this point, it’s unclear what JWin is doing raising to $800 but I like the aggression and it would’ve paid off later if he didn’t fold the nuts. Jake calls, the ace folds. Now there are just two players left in the hand.

The Turn bring out the 8 of Hearts. This is a MONSTER card for Jake who has now hit his straight, albeit one that could lose to 7-10, and he has an open-ended straight flush draw. The 4 or 9 of hearts on the river would bring him a straight flush.

But at this point, JWin now has two inside straight draws and he’s looking for a 10 or a Jack. JWin bets $2,200 (this is all cash by the way) and Jake calls.

The river brings out the Jack of Diamonds. This means JWin has ‘the nuts’ and there isn’t a single hand that can beat him. There are no flushes on the board, no full houses, and 8-9-10-J-Q is the highest possible straight after he hit runner-runner to make the nuts.

Jake immediately shoves all-in and the announcers say ‘all-in and a call’ because nobody in their right mind would EVER fold the nuts. But JWin mucks his cards and throws them into the center, capping off the worst poker fold in recorded history.

Was it really the worst poker fold ever? Yes.

If your mind immediately went to ‘dumping chips’ or ‘laundering’ you aren’t alone because those are just a few of the conceivable reasons he would’ve folded there. But the truth is much simpler, it was a costly mistake. The director of The Lodge Poker Room, Mike Brady, explained what happened as follows:

naw he misread the board (thought there were 3 hearts) and he interpreted the snap call as "must be a flush" – then the guy showed two hearts. Only after mucking did he see the jack was a diamond. Unfortunate.

Later, JWin responded to a PokerNews tweet reaffirming the same:

Well, well…. What a hand lol. I was jamming on any J/7 and bluffing all hearts. Obv jammed w my straight but when Jake showed his hand, I thought I saw 3 hearts and tilt mucked. No excuses for the misread other than I need a nap. 😅

People misread the board all the time. I’ve done it myself in the past. But that doesn’t mean this isn’t the worst poker fold ever recorded. There was just under $20,000 (cash) in the pot and it was all his! All he had to do was stop for a second, breathe, and read the board again.