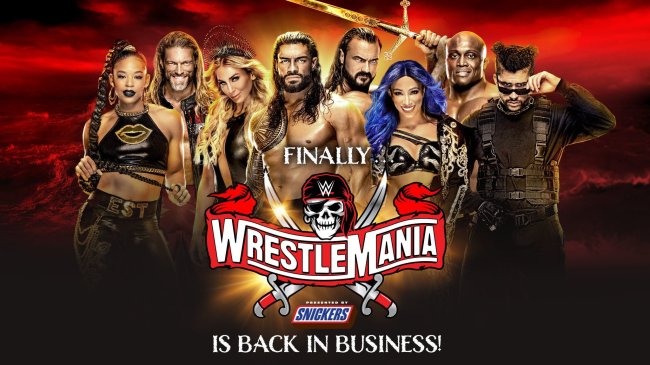 WWE issued a press release today announcing a new on-sale date for Wrestlemania 37 tickets along with updated numbers for how many fans will be allowed to inside Raymond James Stadium for the two-night event.

Here’s the official statement from the WWE.

STAMFORD, Conn. – WrestleMania is back in business, and tickets to the two-night event will now go on sale this Friday, March 19 starting at 10 AM ET.

Fans interested in an exclusive WrestleMania presale starting tomorrow, March 18 at 10 AM ET, can register at www.wrestlemania.com/presale.

Ticket prices for WrestleMania range from $35-$2,500 and can be purchased through www.ticketmaster.com.

WrestleMania 37 will take place over two nights – Saturday, April 10 and Sunday, April 11 – in Tampa, Florida, and stream live exclusively on Peacock in the United States and on WWE Network everywhere else.

After announcing the ticket news, Stephanie McMahon was a guest on Sportico’s “Return To The Stands” show and confirmed that 25,000 fans will be permitted in Raymond James Stadium each night of Wrestlemania 37.

According to Eduardo A. Encina of the Tampa Bay Times, the event will be at 36% capacity to adhere to health and safety guidelines and that the WWE “will be providing fans with a free mask upon entry to the stadium.”