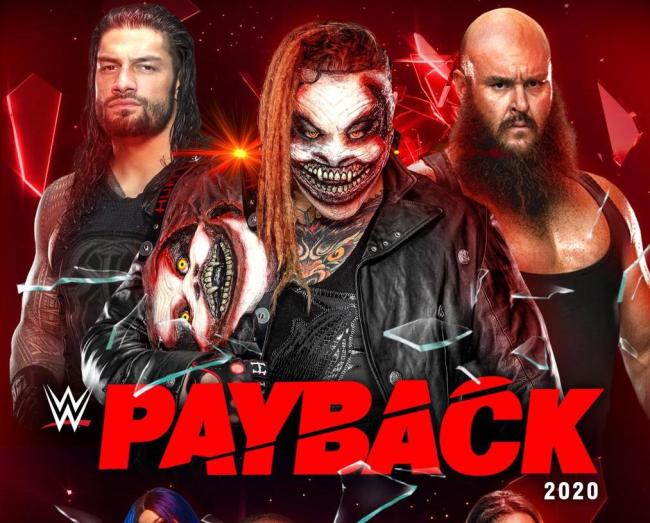 WWE “Payback” 2020 takes place tonight, Sunday, Aug. 30th, from the Amway Center in Orlando, Florida. The show is available on pay-per-view (PPV) and on the WWE Network.

At SummerSlam, “The Fiend” Bray Wyatt defeated Braun Strowman to win the WWE Universal Championship for the second time. After the match, Roman Reigns returned after a five-month absence and attacked both competitors. This attack led to the signing of a Triple Threat No Holds Barred match at “Payback 2020.”

On Raw, Randy Orton attacked WWE Champion Drew McIntyre with two Punts and was interrupted by a debuting Keith Lee. After a third attack on McIntyre, the match between the former NXT Champion and North American Champion and Orton.

Later in the night on the same episode, Rey Mysterio and his son, Dominik, defeated Rollins and Murphy by disqualification after Retribution attacked the Mysterios. A rematch between the two teams was scheduled for “Payback 2020.”

Here’s a rundown of the top moments from Friday’s go-home edition of “Smackdown” leading up to “Payback 2020” tonight.

This article will be updated immediately after the matches end. Check back tonight for a full recap.

There is a NEW WWE US Champion, Bobby Lashley! #WWEPayback pic.twitter.com/gSAMkd0Sg3

People make art in a lot of different ways. This is the kind I like. #wwepayback #4hw pic.twitter.com/j7i7XTRH64

"My name is @RandyOrton. I am The #LegendKiller, and I DEMAND your RESPECT!"