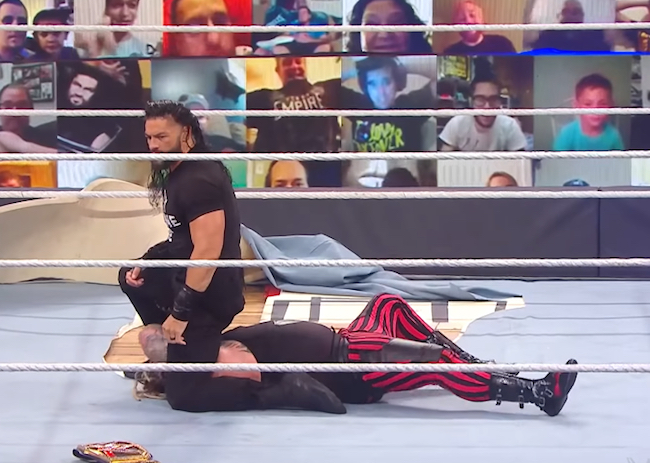 The tagline for SummerSlam 2020 was “You’ll Never See It Coming.”

Not many people saw the end of the show coming and Roman Reigns returning to the WWE after five months away from the company, to lay waste to two of the top stars in the company.

At the end of the “Falls Count Anywhere” match between The Fiend and Braun Strowman for the Universal Title, Reigns hit the ring and speared The Fiend after his victory. Reigns then turned his attention to Strowman on the outside.

“You’re not a monster if I’m not here!” Reigns tells Strowman before turning his attention back toward the new champion.

Reigns returned to the ring to nail The Fiend again and raise the Universal title over his head.

“This has always been mine. You’re just a freak in a mask,” Reigns yells while telling The Fiend that he’s the guy and the title will always be his as the show went off the air.

Reigns was sidelined since prior to WrestleMania, staying away for the health of his family during the COVID-19 pandemic.