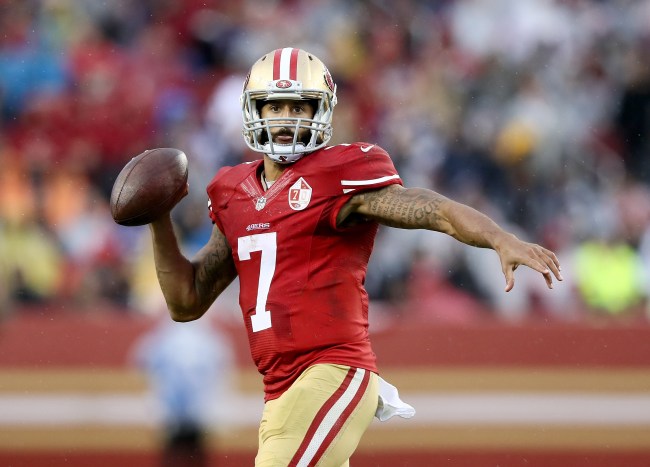 The XFL made its debut on Saturday and was fairly successful according to early ratings. Former Ohio State QB Cardale Jones appears to be an early star for the league which has led many to question why Colin Kaepernick isn’t in the league?

NPR’s Michel Martin recently sat down with XFL commissioner Andrew Luck and asked him about Kaepernick.

MARTIN: Any thoughts about Colin Kaepernick?

LUCK: Great football player. I – you know, I’m not going to talk about any particular player outside of the group of guys that we have because we think – again, we’ve got the best 500 or so players under contract who aren’t in the National Football League or in other professional leagues.

MARTIN: But he’s not either. So I think the question becomes, why not distinguish yourself from the NFL by offering an opportunity to somebody who has a track record as a great player, who has a lot of following? Was that ever part of your consideration?

LUCK: We gave it some thought. We have some pretty significant salary restrictions, you know. We’re a start-up league, so we want to make sure that we can be fiscally responsible and fiscally prudent. And the, you know, salary requirements that some folks, you know, shared with us were in our case exorbitant, so we, you know, couldn’t go down that path.

MARTIN: Are you saying that you approached him or his representatives, and he wasn’t willing to talk to you because of salary requirements? Is that what you’re saying?

LUCK: I’m saying that we spoke with his representative, and the salary requirements that were broached in that conversation were exorbitant and certainly out of our range.

MARTIN: But you would consider it if he were reasonable in his requirements.

LUCK: I don’t know. That was well over a year ago, so I don’t know what kind of shape, you know, Colin is in. And, you know, we haven’t followed that because obviously, again, we want the best players who are interested in playing in our league. That’s, you know, pretty much a requisite for our job.

Last year it was reported that Kaepernick asked for $20 million to play in the XFL which seems pretty insane.