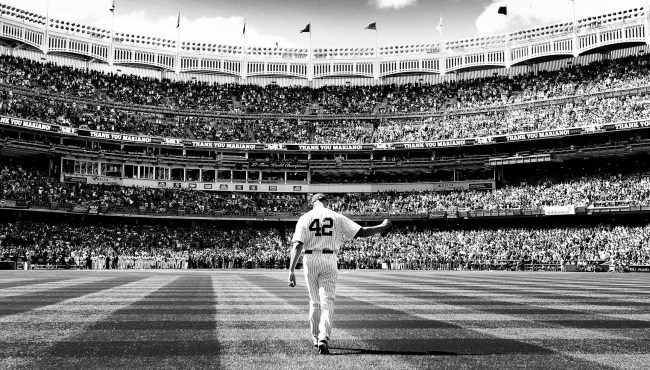 Former Yankees closer Mariano Rivera appears to one of those ultra-rare professional athletes who somehow managed not to offend anyone during his playing career. Which may have something to do with why he became the first player to be a unanimous selection to the Baseball Hall of Fame.

Numerous people, from fans, the media, teammates, coaches, and even opponents, have done nothing but sing the man’s praises since his selection was announced.

Just came from Mel Stottlemyre’s funeral. His boat was named “Mo in the ninth”. He was so proud of you Mariano. Congratulations and thanks for the rings!

Even the rock group that became synonymous with Rivera over the years, Metallica, were thrilled to see him be honored.

Hey Mo, we've got some old friends that wanted to say congrats. pic.twitter.com/enlwrVpaCc

Another, more obscure person who interacted with Mariano Rivera during his career, journeyman pitcher Danny Burawa, shared his own story that showed the kind of character the greatest closer in Major League Baseball history possessed.

“In 2012, in the middle of my first big league spring training, I tore my oblique during a game (I wound up missing the whole season). First cuts hadn’t been made and the Yankees let me stick around to rehab with the big leaguers for a few days. The next day, after finishing my rehab, I returned to the locker room which was totally empty. I’m sitting at my locker getting ready to go home when in walks Mariano Rivera. Considering I was a nobody A-baller, I kept my eyes down on my feet and minded my own business. Next thing I know, he’s in the chair next to me, telling me his story, about failing as a starter, about an injury he had when he was younger, about how the setbacks we think are fatal usually end up as speed bumps on a longer, grander road. This is the greatest of all time, taking the time to cheer up a nobody, for no other reason than he thought it was the right thing to do. Great pitcher, greater human, congratulations Mo!”