UFC 241 Preview: Yoel Romero Is The Scariest Athlete On The Planet And He’s Fighting At UFC 241 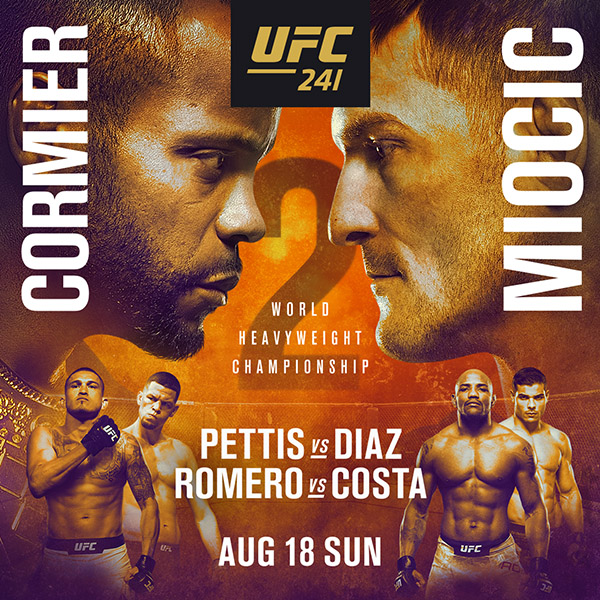 Even in his most earnest moments, when he says “I Luh Ju” in a thick Cuban accent, Yoel Romero manages to strike fear in the hearts and minds of everyone in his presence.

One of the most genetically gifted fighters on the planet, Yoel Romero is a true marvel. He’s months older than NFL wunderkind Tom Brady but is in better shape than basically every pro football, basketball, and baseball player. He’s completely terrifying, and he’s fighting Paulo Costa on August 17 on the UFC 241 Pay Per View main card on ESPN+.

Imagine for a moment, if you will, that Pedro Cerrano, the slugger from Major League, put down the baseball bat and focused his voodoo efforts and Jobu trickery on mixed martial arts, growing the most well-defined lats and pecs, eliminating every shred of fat from his svelte and toned frame. Now imagine that he knew how to use his hands, feet, knees, and elbows to bash and batter the opposition. This might accurately describe one-tenth of the athleticism and frightening imposition that Yoel Romero brings into the Octagon every time he fights.

Walking out to the tight snares and salsa rhythms of “Soldado” by Juan Luis Guerra, Romero routinely lives up to his “Soldier of God” nickname. And to think, he only started fighting mixed martial arts professionally in 2009, at age 32, nine years after winning the silver medal in wrestling at the Sydney Olympic Games.

Already a dominant wrestler, Romero has managed to add a vicious and imposing striking game into his MMA arsenal, mostly on account of his outstanding athleticism.

Returning to the Octagon after more than a year, Romero enters this fight coming off a loss to current middleweight champ Robert Whittaker. But that fight, which many named the 2018 Fight of the Year, was about as close as they come. In fact, many people had Romero winning the contest on account that he landed the more devastating punches, even knocking Whittaker down on several occasions.

With two losses to Whittaker on his record, Romero is considerably far from another UFC title shot; however, when he faces Costa on the UFC 241 PPV on ESPN+, Romero is still a viable threat. He has, after all, completely dismantled a trio of former UFC champions.

Looking back at his 2015 fight against Lyoto Machida, Romero used some devastating and bludgeoning elbows to earn an absolutely brutal knockout.

Seriously, if you want a frightening visual, feast your eyes on this finish here:

And while Romero has become adept with his elbows, it’s his knees that you have to watch out for.

Famously knocking former middleweight champ Chris Weidman out with a flying knee at UFC 205, Romero actually landed his first fight-ending flying knees way back in 2013, stumbling and crumpling an unsuspecting Clifford Starks with a knee.

The flying knee against Starks was a rare first-round finish for Romero, who’s known to be a slow starter.

In fact, Romero has recorded six third-round finishes during his 9-2 UFC career, and in many of those fights, he was down on the scorecards heading into the later frames. So not only is he completely terrifying, he’s even more dangerous the later the fight goes, and that’s something Paulo Costa will have to watch out for at UFC 241. It’s also something you’ll have to watch out for when you’re watching the PPV main card on ESPN+ because no matter how long this fight goes, Romero can finish at any moment, and that moment is not to be missed.