You Guys — Kyrie Irving Doesn’t Believe The Earth Is Round. For Real.

Not believing that the earth is round is about as being an anti-vaxxer. You’d THINK Cavs superstar Kyrie Iriving would know better, but apparently he just went full B.o.B.  and tried to defend his claim that the earth is flat on a podcast. via NESN:

The star point guard went on to try and defend his position, blaming “particular groups” and an unknown “they” who want people to believe the Earth is round.

“Because everything that they send — or that they want to say they’re sending — doesn’t come back,” Irving said, via NBCSports.com. “There is no concrete information except for the information that they’re giving us. They’re particularly putting you in the direction of what to believe and what not to believe. The truth is right there. You just got to go searching for it.”

Never forget the time we learned that B.o.B. went flat-earther:

The cities in the background are approx. 16miles apart… where is the curve ? please explain this pic.twitter.com/YCJVBdOWX7 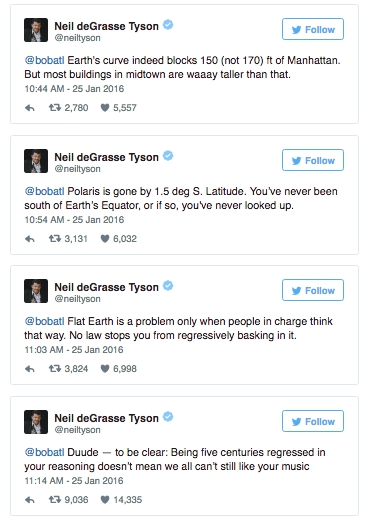