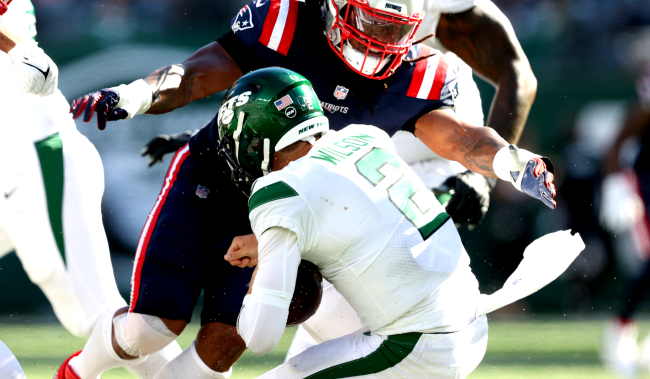 The more things change, the more they stay the same and that is certainly the case with the New York Jets. Currently on pace to go 0-17 and be outscored 170 to 374, the Jets appear to be on their way to their sixth losing season in a row and seventh in eight years. (Not sure what happened in 2015 when they went 10-6. It must have been FitzMagic.)

New franchise quarterback Zach Wilson sports the lowest QB rating in the NFL at 56.1 after throwing five picks in the Jets’ first two games – or at least two more than every other quarterback in the league not named Trevor Lawrence.

Meanwhile, the guy he replaced, Sam Darnold, has a QB rating of 100.5 (which, if maintained, would be far and away the best mark of his young career) with 584 yards, three touchdowns and just one interception.

Oh yeah, the Panthers, Darnold’s new team? They’re 2-0 after winning just five games in each of the past two seasons.

So, it’s pretty safe to say that being a New York Jets fan right now isn’t any better right now than it’s been at any other point over the past decade.

In fact, it’s so bad that even a kid can see it clearly.

TikToker @td.sports so far has the best analysis of the Jets this season as he explains the “New York Jets in a Nutshell.”

about to become a rams bandwagon smfh ##nfl ##jets ##fyp

“You have these two idiots staring at each other, like, ‘Yo, what are we doing? I don’t know. Let’s just stand here.'”

“About to become a rams bandwagon smfh,” he captioned the video which has now been watched almost 2 million times.

This youngblood has a bright future in color commentary 😂 https://t.co/dJF02eysdI

Get him on the Manning Show https://t.co/UpVXY9mqoj

That definitely needs to happen.