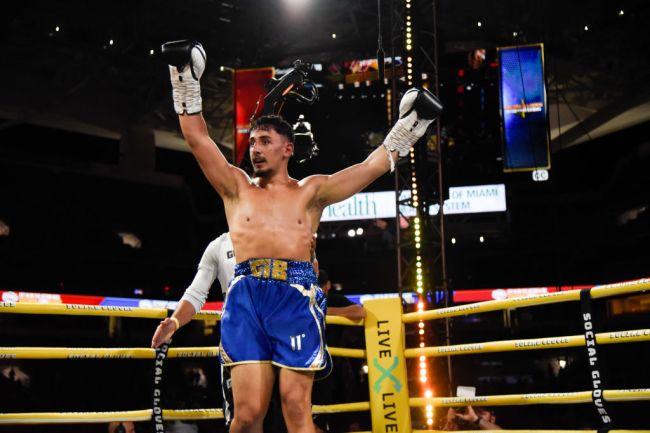 There was some controversy during this weekend’s Social Gloves: Battle of the Platforms event.

On Saturday night it appeared that Youtuber AnEsonGib was on his way to an easy unanimous decision win over TikToker Tayler Holder.

After the fight, announcer Fousey revealed that the fight had been scored 49-46,49-46.50-46 but was called a “majority draw” confusing everyone who was watching at home.

I WON & THEY ROBBED ME

On Monday, the International Sport Karate Association, who oversaw the fight, released a statement apologizing for a “human error” that caused a mixup in how the decision was announced. They admitted that AnEsonGib should have been declared the winner via unanimous decision instead of a majority draw.

Michael Buffer, who announced the main event, defended Fousey by saying that he was just reading what the card the ISKA had handed him.

We have to let the world know that this was not the fault of my man @fousey who did a great job Saturday..he read what the commission wrote on the card handed to him! Props to the correction by the commission. https://t.co/C9lM754Cxx

Thank you to the LEGENDARY @Michael_Buffer for even allowing me to step into his position for the undercard and share the same mic. Also for having my back during the draw debacle! Learned a lot from you! Thank you! ❤️ pic.twitter.com/lJSVMD2yo0