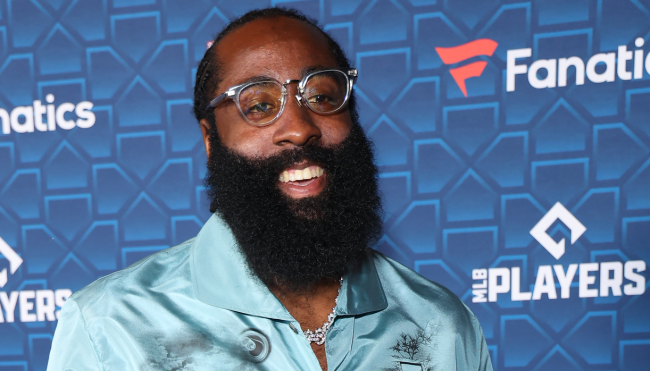 YouTuber SteveWillDoIt claims that he can’t watch the NBA anymore because at some point 76ers star James Harden DM’d his girlfriend Celina Smith.

For the uninitiated, SteveWillDoIt, real name Stephen Deleonardis, is a YouTuber who developed a following by posting wild pranks and challenges and is part of the NELK Boys network of YouTubers.

His channel, however, was mysteriously deleted by YouTube recently, along with his millions of followers. So he’s been having a pretty rough week.

About as rough as the week James Harden allegedly DM’d his girlfriend, at least according to him, during an appearance on Bradley Marytn’s podcast.

Warning: Steve drops a whole lot of f-bombs during the telling of his James Harden tale, so if you don’t want to have that audio blasted wherever you are, here’s a transcript.

“NBA… James Harden DM’d my girl, so you lost me. I’m not watching that s–t. F–k that s–t,” SteveWillDoIt continued.

“They lost your support because James Harden DM’d your girl?” Marytn then asked before busting back into laughter.

“I don’t f–k with basketball,” said SteveWillDoIt in reply.

“What did he say?! Do you know what he said? This is actually really funny,” Marytn then asked.

“F–k, maybe she messaged him back! I don’t know!” SteveWillDoIt answered.

“Was he like ‘come to game, I’ll do a stepback shot on you’ or what?” Marytn then joked before the clip cuts off.

“Now that’s soft,” someone commented after watching the video.

“Dude just wanted to say that Harden DM’d his girl lol,” someone else commented.