Zac Stacy Domestic Violence Victim Says Her Life Is In ‘Imminent Danger’ After Stacy Allowed To Be Released On $10,150 Bond 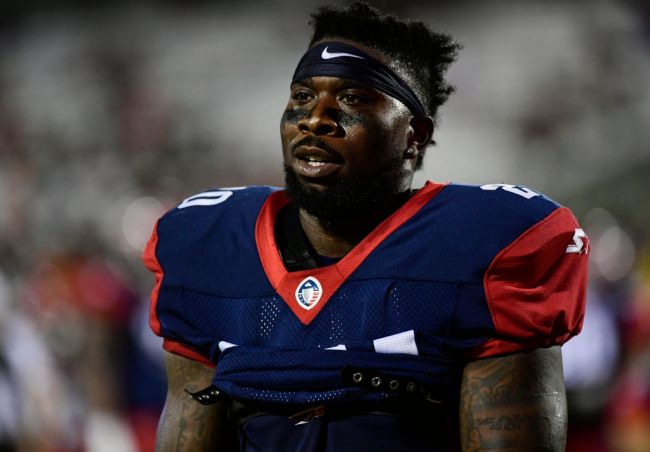 Zac Stacy will be back on the streets just days after getting caught on film brutally beating his girlfriend and the woman in the video is speaking out.

After turning himself in on two felony counts, Stacy is set to be released on only $10,150 bond despite the seriousness of the charges made against him.

Former NFL running back Zac Stacy's bond for release has been set at $10,000 for his aggravated battery charge and $150 for criminal mischief according to the Orange County corrections website. He turned himself into police Thursday night in Orlando.

Evans took to social media in disbelief that Stacy would be allowed to be released from jail which would put her life in “imminent danger.”

#zacstacy is going to be released on bond and I’m just at a loss for words. My rights to safety don’t matter, my life doesn’t matter, And you all wonder why victims don’t speak out?? I had video and that made no difference. Now my life is in imminent danger.

During an Instagram Live Evans called the $10,150 bond a “slap in the face” after the judge saw the video.