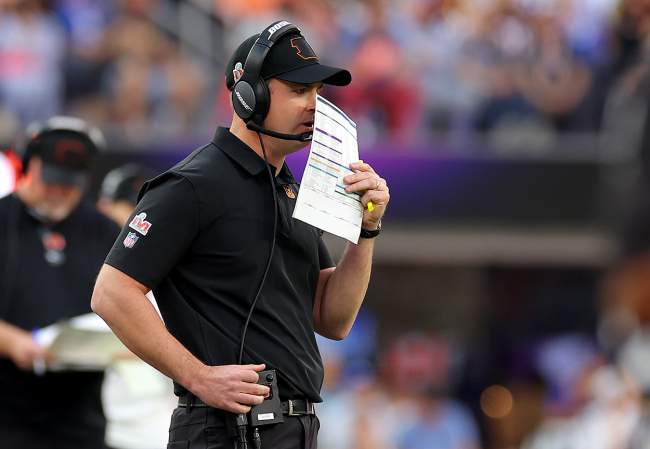 With the NFL Draft on the horizon, it is time for all 32 franchises to sure-up their draft boards and finalize their targets. For the Cincinnati Bengals, there is one school in particular that has their attention.

At the very least, one school has the attention of head coach Zac Taylor.

Taylor, who took over as head coach in 2019, spoke about the upcoming draft during an appearance at Ohio State on Friday. During his visit, he had nothing but high praise for the Buckeyes and the program that Ryan Day is running in Columbus.

He also made a great point that of the Bengals’ Super Bowl team, three of the most important players during their run came from Ohio State. Defensive end Sam Hubbard, safety Vonn Bell and cornerback Eli Apple (and kind of Joe Burrow) were all crucial to Cincinnati’s playoff success and they are all former Buckeyes.

Zac Taylor: "The three guys that made the plays to take us to the Super Bowl were all Buckeyes."

In addition to his positive outlook on the Ohio State program, Taylor admitted that he gives extra attention to the Buckeyes during the draft process. He said that the players in Columbus deserve a longer look when he and his staff are evaluating talent out of college.

"One thing about Ohio State is, whenever we go through the draft, they're always gonna get a longer look from us. .. They just deserve that."

Whether that is because of the program’s success in recent years, or because it is just down the road, Taylor’s admission is unique. It is not often, if ever, that an NFL head coach so openly ties himself to a specific college program. It will be curious to see if Cincinnati looks to Ohio State for talent later this month.