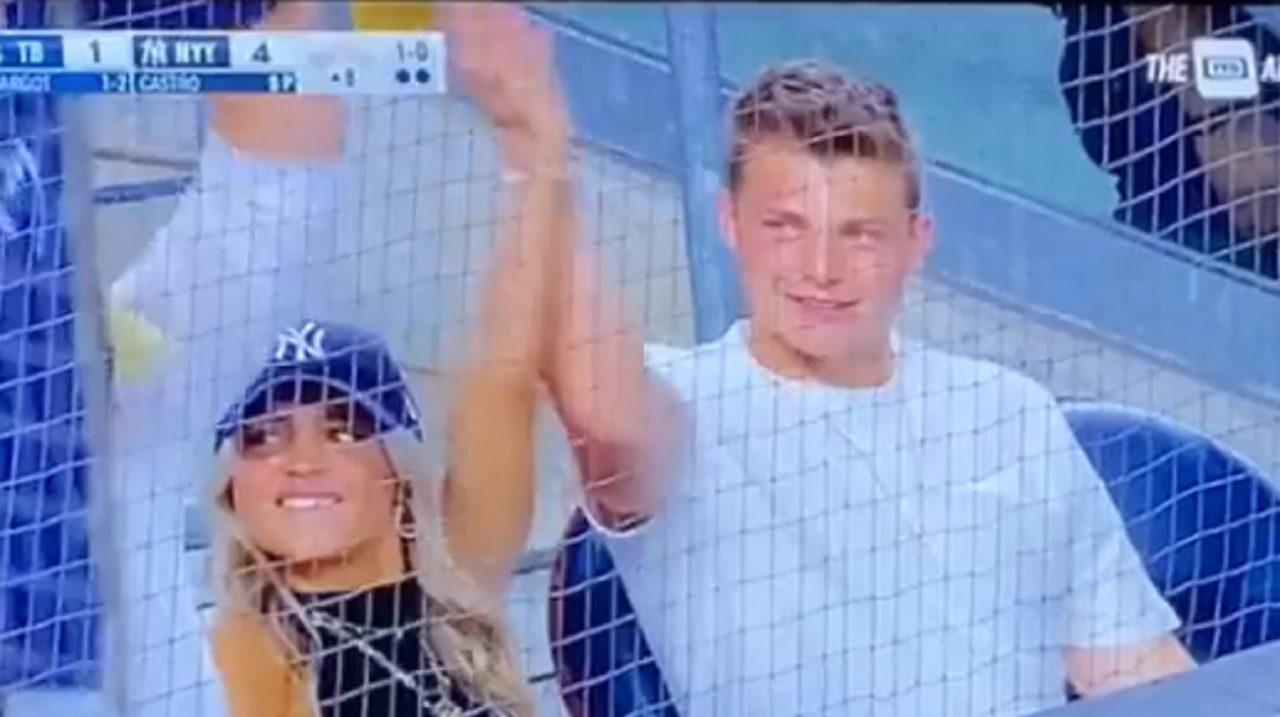 Earlier this week, Wilson was spotted at the Yankees game doing the wave while sitting next to a mystery woman.

why is Zach Wilson being forced to do the wave so funny to me pic.twitter.com/WRaJPlSwGj

According to the NY Post, the woman in the video is Nicolettee Dellanno, who has over 250k followers on the TikTok where she frequently models bikinis.

Seems like Zach is following in Joe Namath’s footsteps in NY.