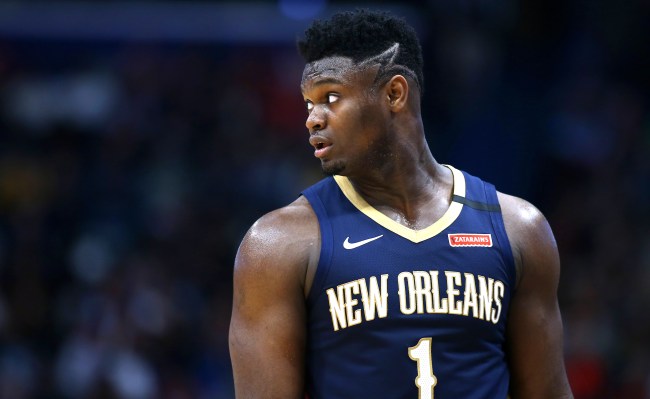 New Orleans Pelicans star and rookie sensation Zion Williamson has left the NBA Bubble City in Orlando, Florida due to an “urgent family medical matter”, accord to Shams Charania of The Athletic. At this time, the nature of the medical matter has not been disclosed.

Despite the emergency, Charania reports that Zion plans to eventually return to Orlando to play in the restart at a later date, although it’s unclear exactly when that will be. Regardless of when Williamson returns, he will have to undergo the seven-day quarantine period that all new entries into the bubble are forced to do upon entry, as per the league’s safety guidelines.

Pelicans‘ Zion Williamson has left the Orlando campus to tend to an urgent family medical matter and plans to return for season restart at later date.

When the NBA announced the format of the restart, there was tons of speculation that the league did everything they could to make sure that Zion’s Pelicans — who, prior to the league-wide suspension in March, sat in 10th place in the Western Conference, 3.5 games out of a playoff spot — participated in the playoff action.

It’s no surprise, though, that the league wants to keep explosive 20-year-old forward in the thick of things, as he’s been utterly electric in his rookie season, averaging 23.6 points, 6.8 rebounds, and 2.2 assists per game. If it weren’t for Ja Morant of the Memphis Grizzlies, Williamson would be the runaway favorite for rookie of the year. At this time, the league is expected to resume their 2019-20 season exactly two weeks from today on Thursday, July 30.

Our thoughts are with Zion Williamson and his family during this time.