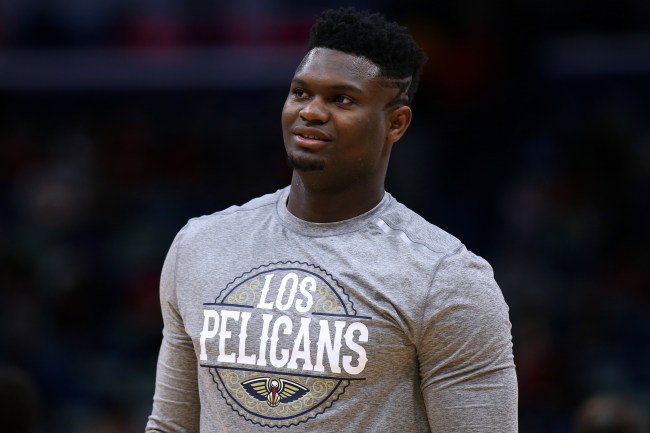 Zion Williamson is just a 19-year-old rookie but he’s doing more for arena workers than some of the billionaire owners in the NBA.

On Friday afternoon Williamson took to Instagram and announced that he was going to cover the salaries of all Smoothie King arena workers for the next 30 days during the NBA’s stoppage of play due to the coronavirus outbreak.

New Orleans' Zion Williamson says he is pledging to cover the salaries for all of the Pelicans arena staff workers for the next 30 days.

Zion Williamson just posted this message on his Instagram. He says he's covering the salaries for all Smoothie King Center workers for the next 30 days. pic.twitter.com/6tAV9NQRT5

While Zion’s generosity has been applauded, many took to Twitter to criticize the NBA owners who have not yet pledged to help out their arena workers.

Zion Williamson is a 19-year-old rookie.

Pelicans owner Gayle Benson has a net worth in the billions.https://t.co/GwlLMVpdrh

It’s awesome that millionaire players like Zion Williamson, Kevin Love and Giannis Antetokounmpo are stepping up and helping arena employees. But shouldn’t the billionaire owners be the ones doing this instead? https://t.co/4AZT65KVji

Zion like 60 years younger than Gayle Benson and has a fraction of her money and still has enough sense to do this. Fuck these owners.