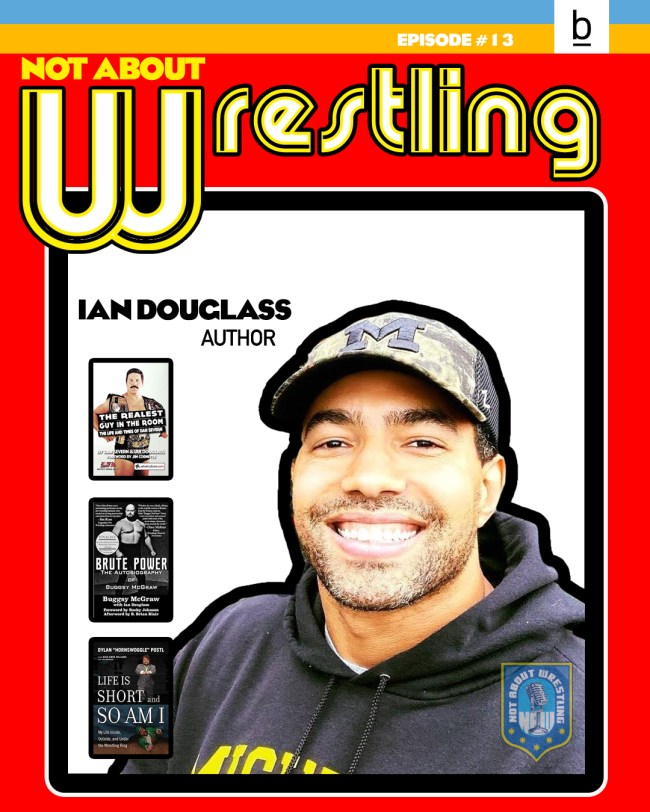 Not About Wrestling / Ian Douglass

Douglass is a journalist and co-author of three wrestling biographies. His first book, The Realest Guy in the Room: The Life and Times of Dan Severn, chronicles the life and career of former UFC and WWE star, Dan “The Beast” Severn.

Douglass released his next two books in 2019. Brute Power chronicles the life and career of former professional wrestler Bugsy McGraw. The book was selected as a finalist for the Best Pro Wrestling Book of 2019 award by the Wrestling Observer Newsletter.

The second book, Life is Short and So Am I, the autobiography of dwarf wrestler and entertainer Dylan Postl, who many wrestling fans will recognize from his run in the WWE as Hornswoggle.

Douglass and I discuss his career in journalism prior to becoming a writer, how he got hooked up with Dan Severn to co-author his first book, spending hours talking to Severn for the book, Severn’s frustration with his WWE run and stupidity of the “Brawl for All,” Bugsy McGraw’s habit of getting drunk after shows and looking for trouble, and Hornswoggle letting the fame go to his head and the rumors of Postl being a bully backstage.

Now entering the podcast, hailing from Durham, North Carolina, this is Ian Douglass.