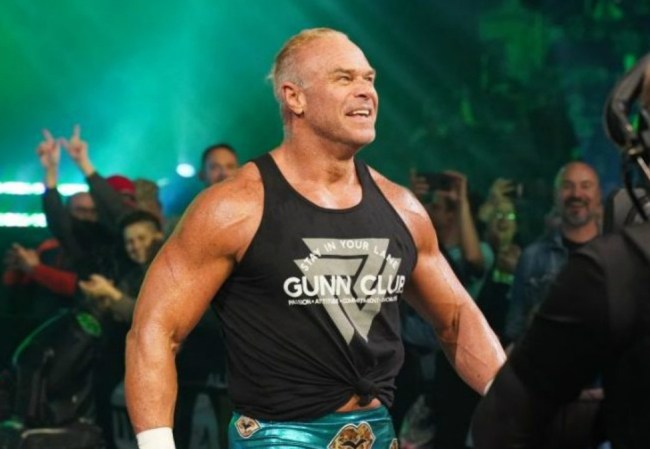 Remember “Badass” Billy Gunn? One half of the Smoking Gunns, the New Age Outlaws, member of DX, one of the most popular performers during the “Attitude Era” of the WWE?

Of course, you remember Billy Gunn.

Gunn helps the younger performers prepare and layout matches and acts as a guiding voice to his son, Austin Gunn, who also wrestles for AEW.

At 57 years old, Gunn has always looked just as good as the younger guys at the top of the card, but he’s now even more ripped after recently taking part in a bodybuilding competition.

Austin Gunn shared a pre-competition video on Twitter and congratulated his father on the hard work he put into getting so damn cut.

congratulations @RealBillyGunn for working extremely hard over these past few months 💪🏽

the true definition of “my dad will beat up your dad” 😄 pic.twitter.com/x7iDKeAT86