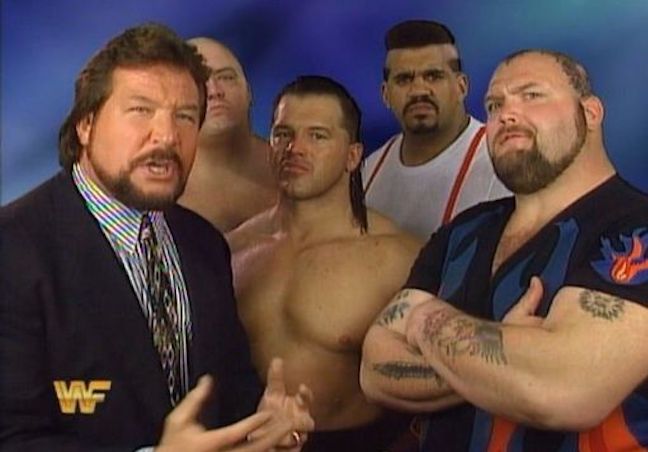 The WWE Network released a new documentary at the end of 2020 about Bill Goldberg and his WCW run.

WWE Untold: Goldberg follows the meteoric rise of the former NFL player from the WCW Power Plant to being a main event star in less than a year.

One of the more debated topics around Goldberg’s run with the company was his undefeated streak, going 173-0 before finally losing to Kevin Nash (and a taser shot ).

Did Goldberg really win 173 matches? The math is a little fuzzy as his winning streak would mysteriously get much bigger in the span of days, sometimes adding double-digit wins from one Monday Night Nitro to the next.

One former WWE star thinks Goldberg’s streak isn’t all that great when compared to his own winning streak.

During a recent appearance on Boston Wrestling MWF’s with Dan Mirade, Tatanka did some fuzzy math of his own and figures that works out to about a 1000-0 record, considering all the house shows the WWF did back in the day.

“We literally wrestled about 500 times a year, not including if you were being used on TV by Vince McMahon.

You would wrestle at least twice [per day].

Goldberg, 173 and 0, when we finally figure it out and we start talking to everybody, actually I’d probably be close to 1,000 and 0 because I went two years undefeated.”

The guy has a point and probably the match numbers to back up his claim.

Unfortunately for Tatanka, while he had two solid runs with the company, Goldberg’s undefeated streak gets a little more play because it resulted in a world title.

And unfortunately far too many “Goldberg is back” moments.