How To Buy The Air Jordan 5 Retro Fire Reds 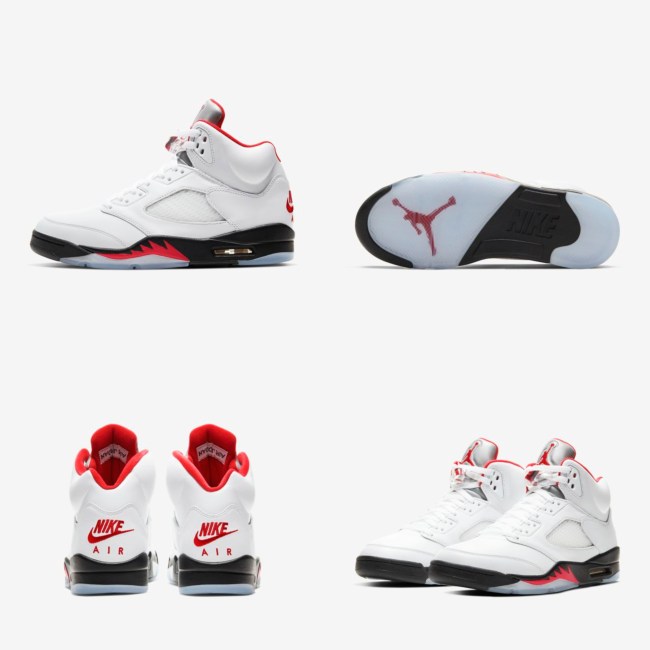 I’ve had tomorrow, May 2nd, circled on my calendar for a couple weeks now. At 10AM ET / 7AM PT, Nike is releasing the Air Jordan 5 Retro Fire Reds on Nike.com – a reissue of the exact same Jordan 5s that His Airness wore on March 28, 1990 when Chicago beat Cleveland in an era-defining game. Chicago came back in overtime with MJ at the helm, scoring a career-high 69 points.

I owned this exact pair of Air Jordan 5s back in elementary school. I think I was in second grade? Maybe third. My dad and I used to watch all those Bulls games and, well, these things were all the rage. I remember our trips to the mall in our small, Pennsylvania town to buy them. I even remember growing out of this particular pair in record time.

For an ’80s baby / 90s kid who came of age in the era of Jordan’s greatness, it’s perhaps the ultimate OG Jordan colorway.

Pretty cool to see Nike release it 30 years later, especially with all the nostalgia as of late with The Last Dance. In my book, the upper of white leather + black on the midsole and lots of fire red is one of the greatest pairs of Jordans to ever exist.

I can’t wait to try. Look for it on Nike.com and the SNKRS app.

Best of luck out there.