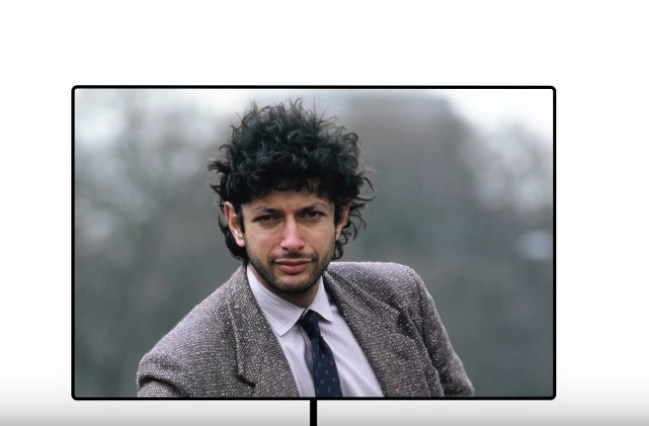 Jeff Goldblum is the man. I was playing Cards Against Humanity a couple of weeks ago and as a group we collectively realized that the ‘Jeff Goldblum‘ card is one of those trump cards that will win the round 99% of the time.

He’s had one of the most successful careers of any actor in Hollywood, appearing in some of the most iconic films ever made. Jeff Goldblum’s left his stamp on films like Jurassic Park, The Big Chill, The Fly, Independence Day, and plenty more.

SEE THIS: Every Single Picture Frame At Thrift Shop Features A Jeff Goldblum Photo Because Life, Uh, Finds A Way

Born in Pittsburgh, Pennsylvania in 1952, it’s hard to believe that Jeff Goldblum ever imagined himself becoming a fashion icon of any kind. But without looking up a picture of Jeff Goldblum you can see his glasses in your mind’s eye. You can also envision that iconic unbuttoned shirt look from Jurassic Park and you can probably even remember that leather blazer he wore to the premiere.

Vanity Fair got Jeff Goldblum in front of a camera, presumably as something to do with New York Fashion Week, and they had him talk about his iconic looks and styles throughout the years and I definitely didn’t expect to be fascinated by this clip but I found myself wowed by how easily Jeff could recall the details of each outfit including where he purchased the clothing or who dressed him that day.

AMAZING: A Giant Shirtless Statue Of Jeff Goldblum From ‘Jurassic Park’ Showed Up In London

For the most part, I can’t tell you where I purchased 50% of my wardrobe but Jeff Goldblum’s able to recall the shops in New York where he was shopping 40 years ago. It’s pretty impressive.

I still haven’t seen Jurassic World: Fallen Kingdom but I assume that Jeff was aces in his role. He never phones it in and that’s just one of the things that make him such a damn fine actor. You know that if you see ‘Jeff Goldblum’ in the credits of a film that he’s going to be good.

As for the point about his glasses, I feel kind of foolish for having recognized that his are so iconic. Maybe it’s because I’ve still got perfect 20-20 vision and never think about glasses but I guess I’ve never noticed that it’s the centerpiece of his style. And it’s pretty funny that the reason he wears them is that he can take them off at night because it’s a pain in the ass to wear glasses.