Attention Snowflakes: These Ugly Christmas Sweaters Are Not For The Easily Offended

Are you sick of easily-offended Millennial snowflakes ruining your holiday season with their Grinch-like attitudes about your “unsavory” wardrobe choices? Same. I say it’s time to reclaim the holidays like Uncle Eddie reclaimed the sewer in front of Clark Griswold’s house, shitter full and everything.

The folks at Shinesty pride themselves on making the most awesomely offensive holiday sweaters this year. Their selections include Tony “Mountaina” ready for a white Christmas with a massive mountain of cocaine, a Nicolas Cage tribute, and a Trump-tasticSanta Is Fake News sweater 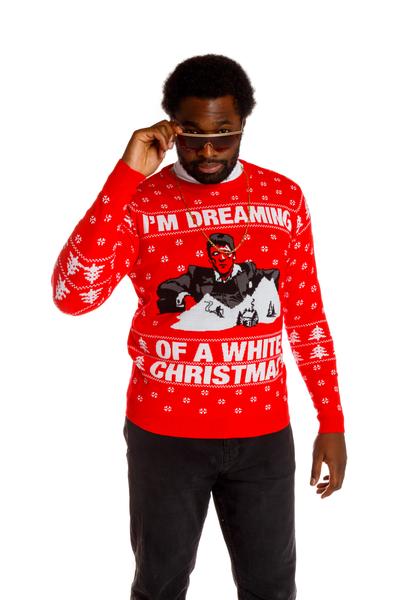 Say hello to my little friend, the Tony Mountaina Christmas sweater. He’s dreaming of a white Christmas, but not like the blizzard circa ’07. Like any good economist, Tony knows America was built on laundered money and he’s ready to continue that legacy with the only Christmas sweater to give a middle finger to the in-laws and a good laugh to uncle Steven when you guys “Go to the bathroom” before playing family Scategories. 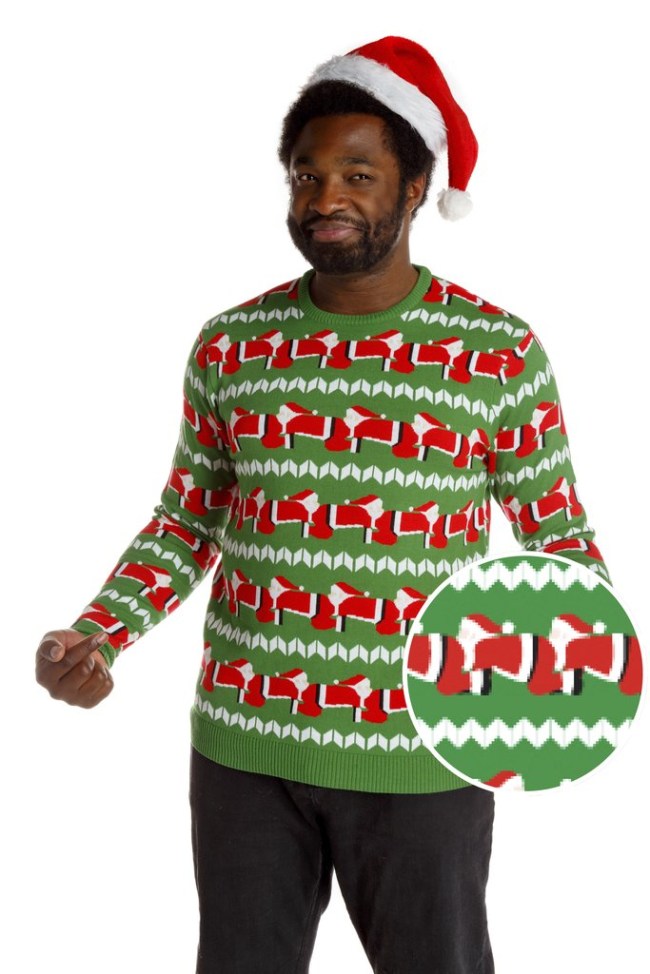 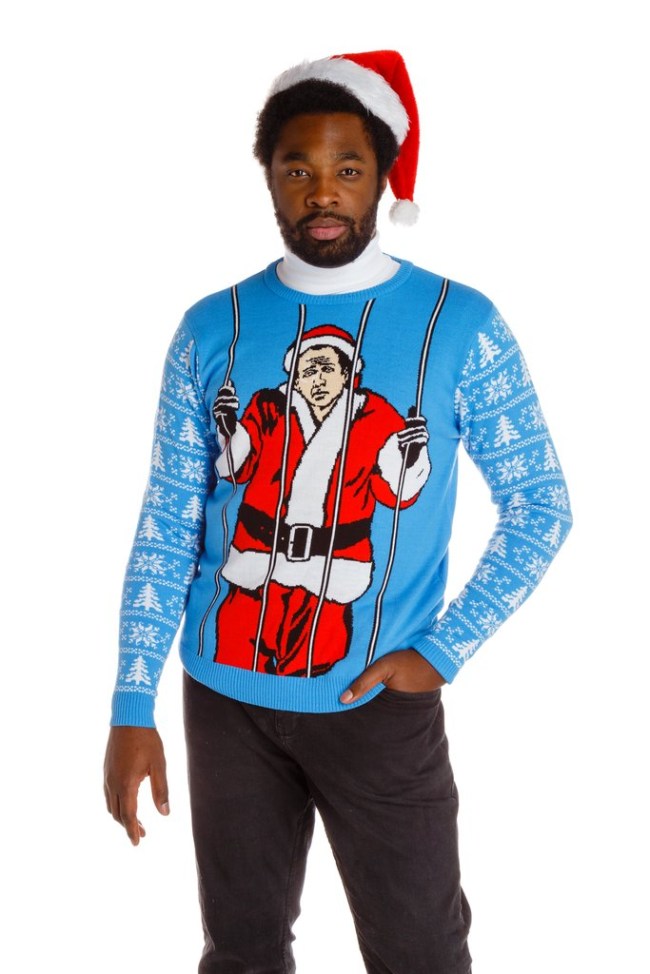 I’ll let the picture speak for itself with this ugly Christmas sweater. Saint Nicholas. In a cage. It doesn’t matter what I write here, these are going to sell faster than you can steal the Declaration of Independence or ruin a professional acting career with an awful movie like “Left Behind.” 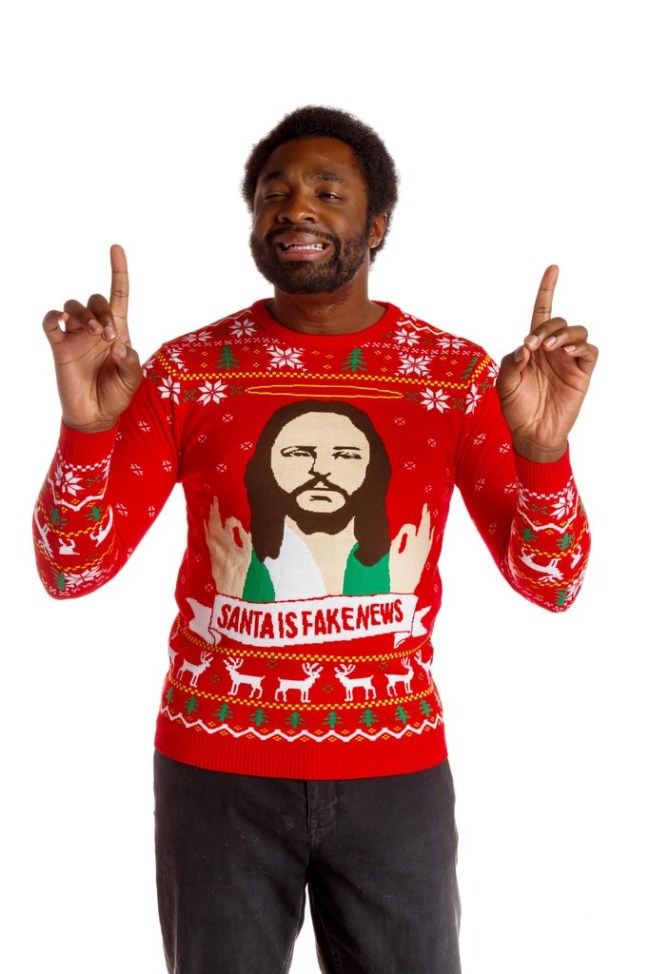 If we don’t break the internet with this Jesus Christmas sweater we haven’t done our job, but ultimately it comes down to the people. You either think it’s funny or not. We’re just a non-binary, genderless, bi-partisan internet company trying to make a quick buck and potentially go absolutely viral with this Santa Is Fake News Christmas crewneck sweatshirt.

If it doesn’t go viral, it will likely sit on our shelves for years, so buy it as soon as you can.