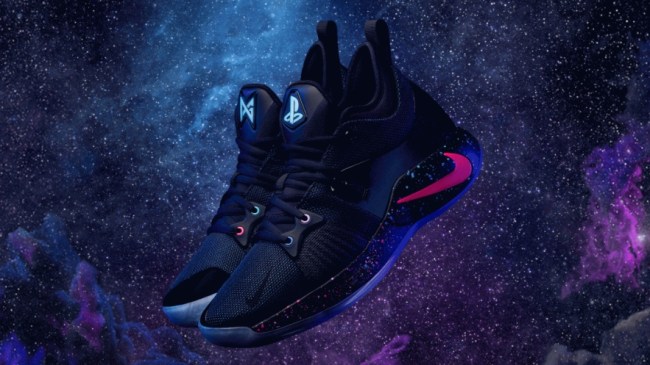 The OKC Thunder are on a tear right now, fresh off an eight-game win streak and climbing up the ever-competitive Western Conference. Paul George has been a huge part of that success, scoring at least 26 points in five of his last six games, including a dazzling 38-point performance on 12-19 shooting against LeBron in Cleveland on January 20th.

PG evidently spends more of his waking hours in the gym working on his game, but during the few moments he gets to himself, he can be found with a PlayStation controller in his hand. The five-time NBA All-Star, who considers himself one of “one of the biggest gamers in the NBA,” says his love for gaming goes back to his childhood in Palmdale, California.

PG has teamed up with Nike and PlayStation to commemorate his love for the console with the uber-pretty PG-2’s. 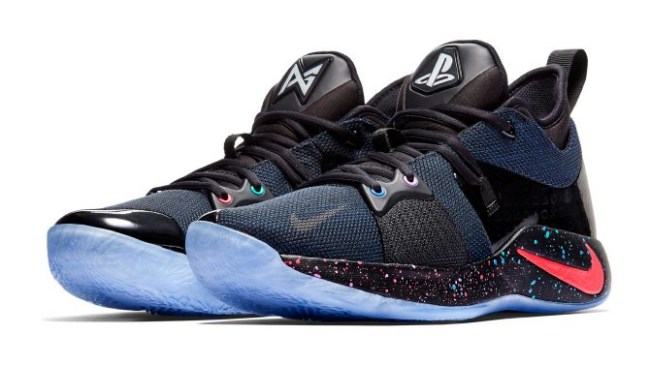 The PG-2 features some tasteful PlayStation touches, including a light-up tongue that flashes George’s logo on the right shoe and the PlayStation logo on the left. You can turn the flashes on or off with a button inside the shoe, and you’ll feel a vibration when you press it that’s intended to imitate the vibrations from a DualShock controller. Nike claims the self-contained battery within the shoe has a lifespan of over 150 hours, Engadget reports. 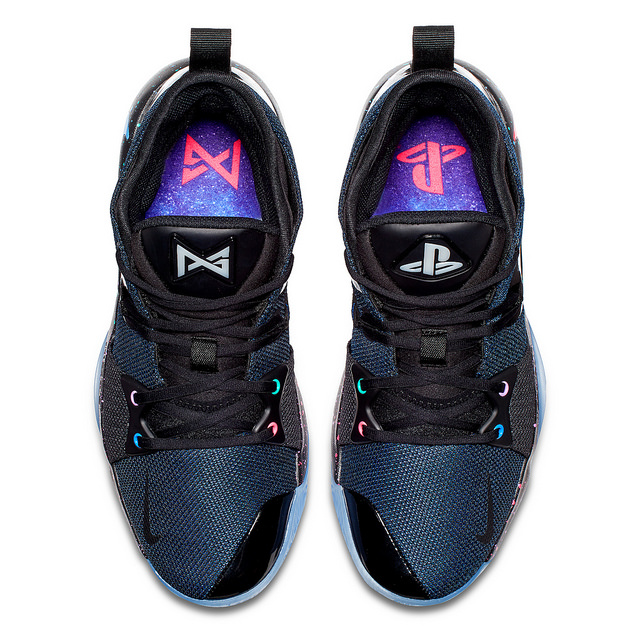 The back of the sneaker contains a  PlayStation Network barcode that will give owners access to a Paul George  theme on the PS4. 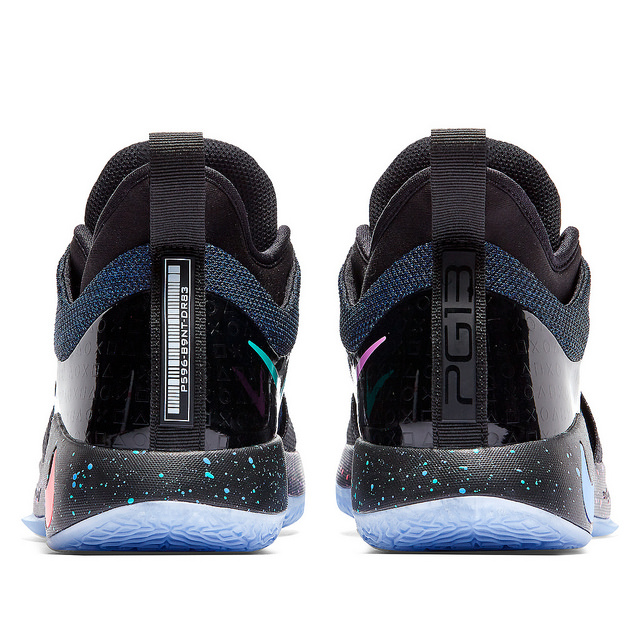 The “PlayStation” PG2 is set to hit stores on February 10th for $110, but since it’s a limited edition, you’ll have to be quick to buy to scoop a pair up.